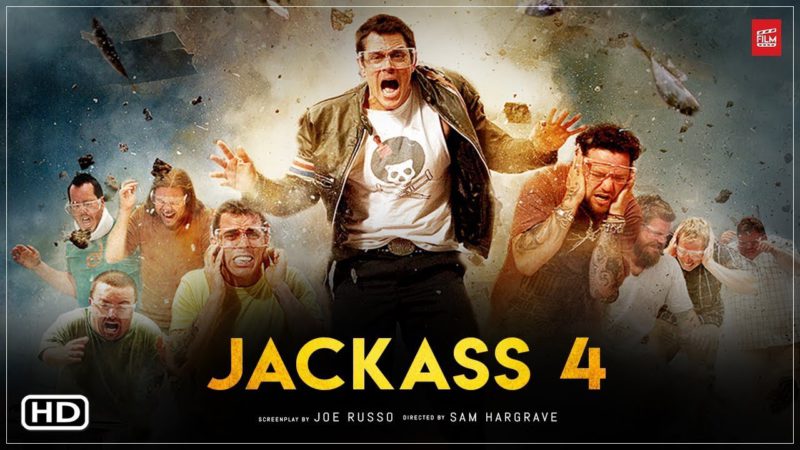 Jackass 4: Paramount Pictures have finally revealed the first trailer of the highly antici[ated Jackass 4. It is officially titled Jackass Forever and will arrive on July 20th.

The first trailer for Jackass 4 which is officially titled Jackass Forever will release on July 20th. The series is co-created by Johnny Knoxville, Spike Jonze and Jeff Tremaine. The reality franchise focuses on a group of friends who carry out stunts and pranks on each other or with the general public. Johnny Knoxville also leads the cast of the franchise which includes Steve-O, Dave England, Chris Pontius, Jason “Wee Man” Acuña, Preston Lacy Brandon DiCamillo and Ryan Dunn, who died in 2011 in a car accident.

Jackass 4 Will Be Johnny Knoxville’s Last 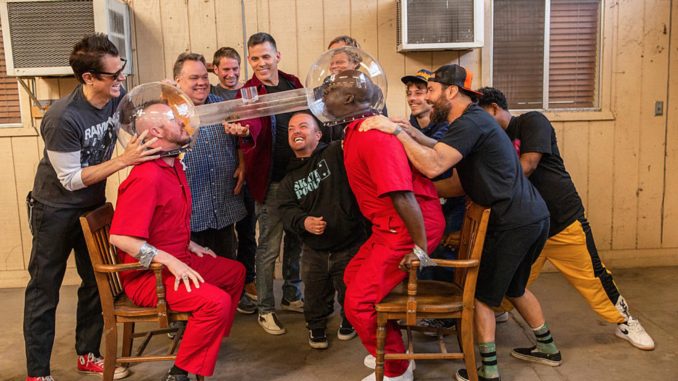 As the Jackass crew gets older and warier about the decades of abuse they have induced in their mind, soul and bodies it seems natural that they would eventually hang up the show. The majority of the cast has not given any statement whether they will continue to put their lives online for the sake of entertainment. However, Johnny Knoxville has finally revealed that Jackass 4 will be his last rodeo. In an interview with GQ profile on Knoxville which was published in May the franchise’s co-creator said:

You can only take so many chances before something irreversible happens. I feel like I’ve been extremely lucky to take the chances I’ve taken and still be walking around.

Nobody can actually blame Johnny Knoxville for making things easy after experiencing multiple concussions, broken bones and even a tortured urethra while filming a 2007 tribute to Evel Knievel.

The release date for Jackass 4 is set for October 22, 2021. The longtime fans of the franchise and newcomers will be able to see what Johnny Knoxville and company have cooked up for us when Jackass 4 will be released in theatres. The next set of stunts, near-death experiences or pranks will open theatrically. Although the movie was originally slated to open in March 2021, the release got pushed back several times due to the pandemic situation. Now it’s finally settled for October 2021.

Most of the original cast members of the Jackass crew will be back for more bone-breaking action in Jackass 4. The returning of few members of the crew in the show for sure includes Johnny Knoxville, Steve-O, Chris Pontius, Jason “Wee Man” Acuña, Preston Lacy, Ehren McGhehey, and Dave England. It has been reported that the majority of the crew will be back again and there will be notable additions to the cast as well. The prominent stars which will be missing from the series include Bam Margera (more on him later), Ryan Dunn (who passed away in 2011), and Rip Taylor (who passed away in 2019).

So there is still plenty of time before Jackass 4 releases in the theatres. Until then we can just wait or we can see the amazing trailer of Jackass 4 which will is going to release on July 20th. We will surely update you with the same as soon as we capture it. Until then keep your eyes on plenty of movies that have been scheduled to release currently.