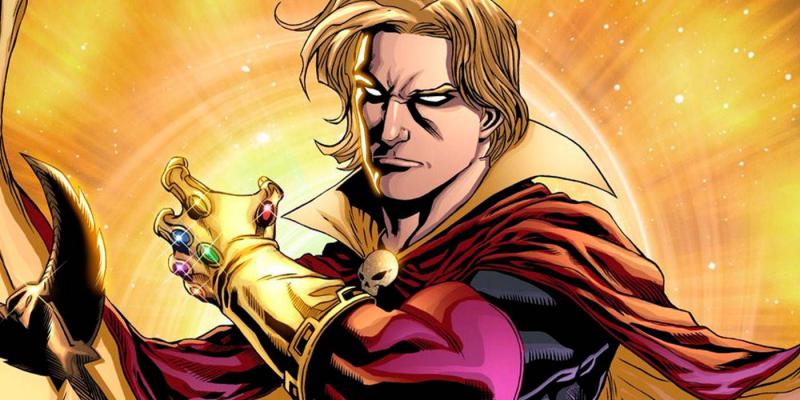 Most typical MCU films generally include one or two post-credit sequences, while GOTG2 has five sequences. One of them depicted Ayesha, the Sovereign people’s leader, constructing a new creature called Adam, whom she plans to use to kill the Guardians.

The casting information revealed by cnet.com claims that James Gunn and other crew of GOTG started looking for the right actor to play Adam Warlock in August.

Poulter was one of many actors who auditioned for this highly sought position, and although Gunn and officials took their time choosing who would get the character, Poulter’s audition was too brilliant for the same.  Regé-Jean Page from Bridgerton was nominated for Adam, according to THR’s Borys Kit, while George MacKay of 1917 was on the shortlist.

As James Gunn announced in a tweet, Will Poulter has arrived for Guardians of the Galaxy Vol. 3.

Poulter’s The Revenant, Midsommar, War Machine, Black Mirror: Bandersnatch, and Maze Runner films are amazing works in addition to this part in Phillip Krauss in 2017’s Detroit. He will soon be seen in the Hulu drama Dopesick, along with Michael Keaton.

In 1967’s Fantastic Four #66-67, Adam Warlock debuted as the mysterious Him, and in 1972’s Marvel Premiere #1, he was renamed, Adam Warlock. The character was developed by Enclave, an organization of Earth scientists, to be the ideal human being, but after revolting against his makers and getting into a fight with Thor, he went into space and became one of Marvel’s most significant cosmic characters. Adam also obtained the Soul Gem (now called the Soul Stone) early on, allowing him to face Thanos and play a major part in the Infinity Gauntlet narrative and its sequels. The Magnus, another dark version of Adam, has also presented on occasion. One of these versions is a future version of the Church of Universal Truth’s leader.

Surely, MCU’s Adam Warlock and the original literature version have a wide gap in between. For instance, Will Poulter’s Adam Warlock is a product of Sovereign technology, whereas the original literature refers to an Earthling. Also, with Thanos deceased and the Infinity Stones destroyed in the main MCU timeline, it is safe to assume Poulter’s Adam will not be holding the Soul Stone. Whatsoever, many Marvel fans expressed their desire to see Adam in the MCU. “In Thor: The Dark World and Guardians of the Galaxy,” a bubble was shown within The Collector’s museum, based on the one the character uses to recuperate in the comics.

Read Also  Criminal Minds: This is the worst episode of season 13 according to critics and fans

Now, in Guardians of the Galaxy Vol. 3, Adam gets his chance to shine in a cinematic context, and given his popularity in the comics, he is a strong bet to show up in future MCU cosmic tales.

When will the third installment of the Guardians of the Galaxy be released?

From an official announcement of Marvel, it is clear that GOTG3 will be premiered on May 5, 2023. Therefore, it is time to start counting down days.

Both Dave Bautista and Chris Pratt indicated that shooting for GOTG3 will commence in November and continue for the next six months in Atlanta. As mentioned by Gunn, the production also thinks about the upcoming Holiday special.

Who will return in the third installment of the GOTG3?

Chris Pratt will reprise his role as Star-Lord, while Dave Bautista will play Drax, Karen Gillan will play Nebula, Bradley Cooper will play Rocket, Vin Diesel will play Groot, and Pom Klementieff will play Mantis. We will see to reprise Zoe Saldana in her role as Gamora after the actions of Avengers: Endgame.

After Avengers: Infinity War, we assumed Gamora was dead, but Endgame showed a Gamora from another timeframe in 2014, who was taken to 2023 and vanished after Tony Stark rescued the day. Saldana has shown the desire to play a terrifying Gamora in the next Guardians film, and we are all waiting to see it.

Read Also  The Wheel of Time Season 2: Dramatic Twist will show the dark side of Liandrin

The Guardians will be back on the screen even before the third film, as they appear in Thor: Love and Thunder. We are not sure whether Chris Hemsworth will return in place of Thor in the next installment. This dilemma occurs due to the comments of Gunn where the creator stated that Guardians 3 would be started after Thor film. There is a high chance of finding Sean Gunn in the role of Kraglin, who is Yondu’s former Ravager friend. The role of Ayesha is likely to be represented by Elizabeth Debicki. Gunn also expects the return of Stakar (portrayed by Sylvester Stallone) with his fellow Ravagers – Charlie-27 (portrayed by Ving Rhames), Aleta Ogord (portrayed by Michelle Yeoh), Martinex (portrayed by Michael Rosenbaum), and Mainframe (voiced by Miley Cyrus) – to return at some time in the MCU’s future.

Yondu, played by Michael Rooker, who sacrificed himself to save Star-Lord, will not appear in the sequel (we can except the character in flashbacks).

In terms of newcomers, Gunn said at The Suicide Squad Twitter viewing event that screentests would commence in August 2021, suggesting that additional cast members will be announced shortly.

Tips for Choosing an Online Casino in Canada

Tower Of God Season 2 Release Date, Characters, And Everything we know