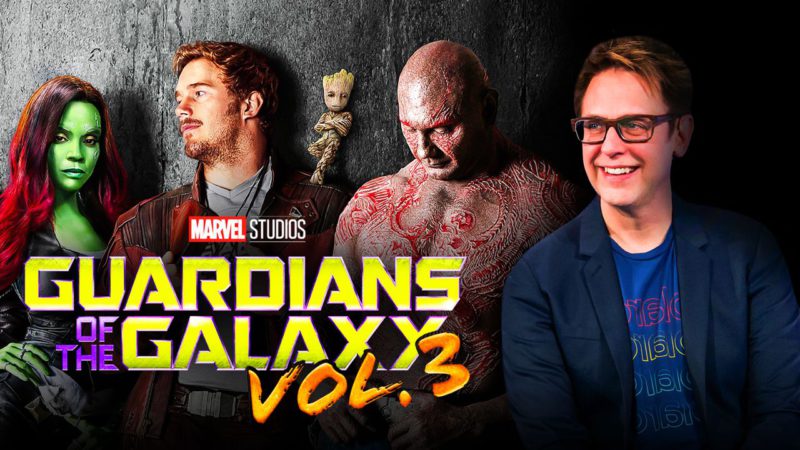 James Gunn, director of Guardians of the Galaxy Vol. 3, responds to Dave Bautista’s comments about leaving the role of Drax the Destroyer

The director, James Gunn responds to comments from Dave Bautista that he will stop playing Drax the Destroyer after the film, Guardians of the Galaxy Vol. 3.

In the immediate aftermath of Marvel Studios officially getting a third-part release date, news also came that the fighter-turned-actor is planning to retire the character once the cosmic trilogy is done.

As expected, this new notice from Dave Bautista received various reactions, including one from its director at Marvel, James Gunn.

Introduced in Guardians of the Galaxy in 2014, the character is part of the fan-favorite MCU superhero team lineup. Drax was motivated to seek revenge for the death of his family, pursuing Thanos, who was ultimately the culprit of the crime.

However, after the first film in the sub-franchise, this has not been reviewed other than a brief moment in Avengers: Infinity War that references his grief for his family.

With Guardians of the Galaxy Vol. 3, which marks his sixth appearance as the hero, Dave Bautista says he plans to step away from the role given his age. So while the character may still be in the universe, the actor will not be playing it.

Gunn revealed that as far as he is concerned, Bautista IS Drax in the MCU and can never be replaced. That said, he offered support to the actor, saying that he has every right to decide what his next acting job will be after GOTG Vol. 3.

Like Bautista, Guardians of the Galaxy Vol. 3 could be Gunn’s final project in the MCU. The filmmaker has repeatedly said that the trilogy will conclude the trilogy that began in 2014.

While the project has been a bit slow to move forward due to various factors, including the director’s brief firing and his eventual rehire, its history has been one for a long time. locked.

Plot details are still scant at this point, but Gunn has offered clues as to what to expect, including the film featuring the death of a major character in the franchise.

Combine that with the supposed search for Gamora, which was set at the end of Avengers: Endgame, as well as Rocket Raccoon’s much-hyped origins, and it’s shaping up to have an emotional narrative.

As for Drax in particular, it’s hard to gauge what his bow in Guardians of the Galaxy Vol. 3 will be. Since Thanos has been defeated, there isn’t much about his character that has been established before in the MCU.

A heroic death could be a great way to fire the hero, but based on Bautista’s comments, it looks like he will survive. If that’s the case, it will be funny how the movie will leave it.

In terms of replacing Dave Bautista, Marvel Studios will likely choose not to unless he’s a version of the character from a different universe. Especially since James Gunn would not support such a decision.