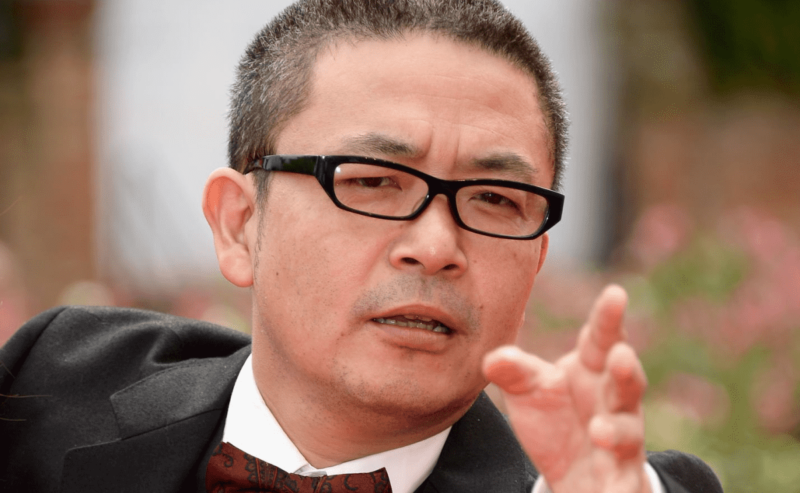 One of the most recognized Japanese directors in the industry in his country and internationally is Sion Sono, who has been behind films like ‘Love Exposure’, which was controversial around the world. Despite his career, he is not exempt from #MeToo in the film industry and has been singled out for sexual harassment by several of the actresses he has worked with throughout his career.

Through Shukunan Josei Prime, a group of actresses who have been protagonists or part of the cast of some of the Japanese filmmaker’s films, have come together to share their experiences of sexual harassment by the director. The way in which they made their accusations was with the publication of an extensive anonymous article, in which each one exposed what they lived with him.

It may interest you: Chris North is accused of sexual abuse, leaves The Equalizer

According to the testimony of the interpreters, Sion Sono used to make sexual advances to most of the protagonists of his films. According to Variety, these accusations have been related to the acting workshops taught by the director and even these have been canceled due to the same controversy caused by the revelation of his victims.

Following the article’s publication, former actress Milla Arakai shared her own testimony via Twitter. In it, she pointed out that she had been a victim of the Japanese entertainment world when it came to sexual situations, mainly labeling Sion Sono. She even mentioned that on March 19 she had contacted the filmmaker to ask for support from those who had experienced sexual abuse, to which she comments, he replied: “Of course, that is impossible for me.”

For his part, Sion Sono has released a statement through his representative company, in which he apologized for the “inconvenience” or “concerns” caused by these accusations. In the same way, he announced that he would seek to “resolve” the situation and, in turn, thanked the people who had shown their support for the filmmaker in this situation.

Thank you very much for your continued support. We sincerely apologize for any inconvenience and concern this may have caused to all parties involved. We will make a new announcement after settling the facts,” he wrote.

Sion Ono and #MeToo in Japanese and international cinema

In 2017, a virtual movement known as #MeToo began, in which people pointed out cases of abuse, harassment and any type of sexual assault they had experienced through social networks. However, its origin was more organized than one would think: it began to reach the testimonies of the victims of the film producer, Harvey Wenstein.

Dozens of accusations against Wenstein were the ones that took power in the networks and what led as a consequence to him leaving his management position at Miramax, in addition to the fact that he is currently serving a 23-year sentence in prison for charges of sexual assault and rape. From the case of this producer, #MeToo has spread around the world to point out more characters in the film industry who have acted like him.

Harvey Wenstein accused by dozens of women in the Hollywood industry of sexual harassment and abuse, as well as rape. Agency: EFE

It may interest you: Netflix docuseries explains the case of Jeffrey Epstein and Maxwell

In the case of Japanese cinema, directors such as Sakaki Hideo or the actor Kinoshita Houka have been singled out for sexual assault and have experienced the same consequences: the projects they had on the horizon have been cancelled. Now, Sion Sono is the one facing the reality of the accusations being made against him, seeing his acting workshops canceled and awaiting further action.

The Witcher: First photo and synopsis of season 3 of the Netflix fantasy drama