Jenni Rivera’s Tumultuous Relationship With Juan Lopez, And How She Moved On 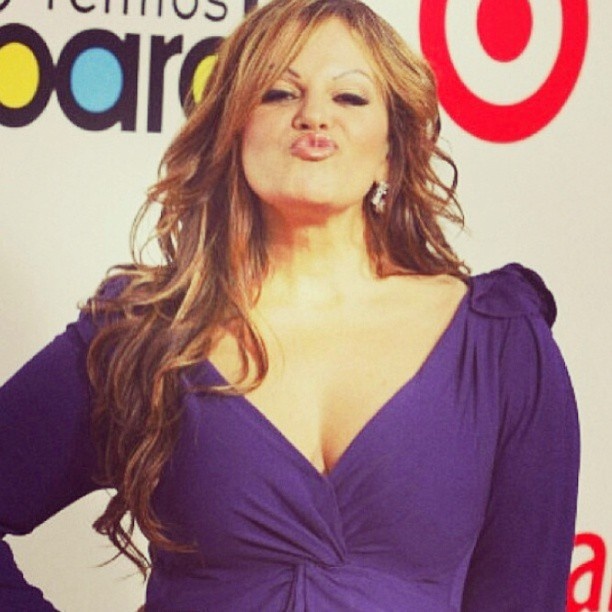 Dolores Janney “Jenni” Rivera Saavedra was a well-known American singer, actress, and songwriter. She was also an amazing entrepreneur and philanthropist too. She was most popular for her work with the regional Mexican music genre in the styles of Mariachi, Banda, and Norteno. Many of the media outlets have also been named as the most important figure for music. Now it has been almost nine years since the world bid farewell to this amazing American music star Jenni Rivera. She passed away in a very unfortunate accident but she is still loved and remembered by fans residing all throughout the world.

The memories of this great Latin pop artist and singer also touch her personal life that was very much public. Jenni Rivera was married three times first to Trinidad Trino Marin with who she shared three children Chiquis, Jacqueline, and Michael. But unfortunately, her first marriage ended with legal charges against Trino and he was blamed to have sexually abused Rivera’s sister and Chiquis.

In fact, her first husband was found guilty of the molestation case and he ran from legal action for almost nine years until finally apprehended in 2006. The legal trial lasted for a while in which Trino’s attorney also accused Jenni Rivera of fabricating the entire case. He also added that Rivera also sought out all the investigation and Trino was eventually sentenced to 31 years of prison. After that, she took a step again to fall in love and married Juan Lopez, who was her second husband.

The second husband of Jenni Rivera was Juan Lopez relationship was not a good one. Juan Lopez and Rivera met in 1995 at a bar in Los Angeles. That time Rivera sang at the bar to make some extra earnings she and Juan struck it off right from the start and the whirlwind of romance started to brew it up in 1997. Their early marital life was marred and just after two weeks of their wedding Juan was arrested and smuggled from undocumented immigrants at the border for payment. Now he was incarcerated for six months and Rivera completely stood by him.

The union looked quite doomed since the beginning with all the tribulations that Rivera endured with him. Imagine just a few months after her marriage, her new husband was held behind bars and surely Rivera encountered a devastating experience. She was even sexually assaulted by a group of men who attacked and chased down her car. She also revealed in her book she ran in heels but could not go far and crime perpetrators were also able to get her. Juan served his jail for a term of six months and was reunited with his very famous wife.

With Lopez, Rivera had a daughter named Jenica and a son named Juan Angel. However, in 2003 their marriage finally ended in divorce after being six years together. in 2007 Lopez was also accused of selling drugs and in 2009 there was a new rumor that Juan Lopez’s died due to pneumonia while he was in prison. Jenni Rivera also revealed that she found out about her husband’s infidelity when she went to his office and demanded to meet another woman. Therefore her life with Lopez was quite tumultuous and harsh.

The third time she tried herself with the former baseball player Esteban Loiza played baseball for famous teams like the Dodgers, the Yankees, the white sox. The couple walked down the aisle in 2010 and went on together for two years, but yet again like previous two marriages this marriage also troubled her. She believed that Loaiza and her oldest child Chiquis had an affair, even the two denied this, Rivera insisted. Amidst all the family drama, Rivera ended up filing for divorce.

How did Jenni Rivera Die?

Now a few months after her decision to leave the marriage, a tragic and very unfortunate incident happened. Our very famous pop star and singer River had been traveling over Monterey with six others in a plane and suddenly the aircraft experienced a mishap and crashed. all the seven onboard died. An investigation also happened at that time but it could not determine the reason behind the air crash.

On December 31st, 2012, Jenni Rivera was buried at All Souls Cemetery in Long Beach, California. The international headlines talked about her death for many weeks. In the investigating, it was found out that the pilot had lost control over the aircraft and this might be the reason for the air crash.

After her death, Rivera’s name also trended on Twitter and other social media pages. Many people from different countries bought her albums as well. in fact the Universal Music Group also mourned the death of Rivera who they called a dear friend. there were many memorials and exhibitions that were opened to honor the death of Rivera.

Jenni’s Relationship With Family Was Close

Away from the famous rocky life, she was only able to keep herself sane because she was very close to her family and had only loved with her. Jenni also had a very close and loving relationship with her family and extended the family. Her dad, Pedro Rivera was her manager but the two of them were very close. Pedo Jr also made it known to the public that she was his rock and a great friend who actually never abandoned him. Gustavo who was her immediate elder brother was his friend and collaborator as well. And Jenni’s younger brother was more like a sidekick to him and he would often accompany her.

Jenni has a total of five kids with two of his husbands. Here’s what her kids are doing now:

The first child of Rivera is Chiquis and her full name is Janney Marin Rivera. She is thirty-six years old and she followed her mother’s footsteps when it came to her career. So now she is a singer and until now she has released three albums and the recent one is Playlist. She is also very famous for many of her TV appearances and in 2018 she produced an amazing Rivera’s Show.

She is the second daughter of Jenni and the younger sister of Chiquis. She is now 30 years old and is also pursuing a career in music. Her last single was released in August 2021, Ex-Factor.

Michael is the third of Jenni who she bore with Marin. He is now thirty years old and has taken a different career from his family members. He is an artist and painter and has taken part in NBC and NFL’s CANVAS competition.

Jenica is the daughter of Jenni and Juan Lopez. She is at present twenty-three years old. She is a beauty guru and a fashionista. She is also a very popular Instagram figure and also has many subscribers on YouTube.

Johnny is the youngest child of Jenni Rivera. He is the second child she shared with Juan Lopez after Jenica. He is twenty years old and he is a famous musician known by the name Cinco. In 2017, he came out as bisexual, and at present, he is in a relationship with a man for almost two years.

In conclusion, all we can say is that Jenni Rivera was a great musical icon and not just that she was indeed a very good mother and determined woman. And we are unfortunate that we lost such a good start in an unexpected severe tragedy.

What are the Best Sports Movies on Netflix Right Now?