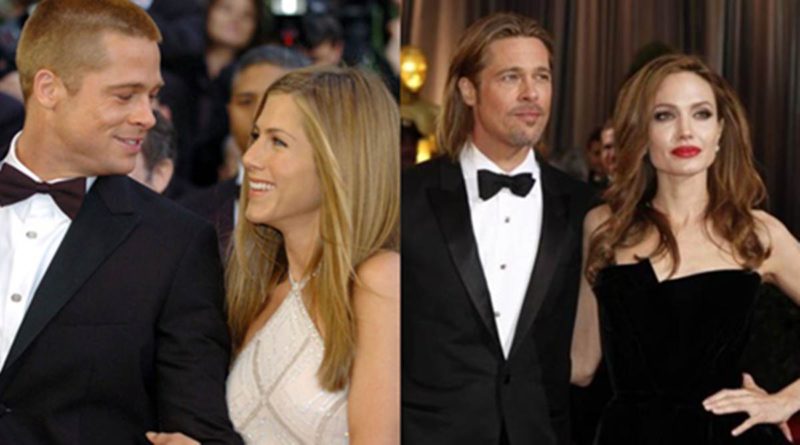 The famous are united by a strange coincidence, beyond Brad Pitt.

There is nothing more unlikely in Hollywood than seeing Jennifer Aniston and Angelina Jolie together, considered arch-enemies, the divas have more in common than many would believe. While in the past they starred in the most talked-about love triangle with Brad Pitt, the stars are also known for having terrible relationships with their parents.

The “Friends” star never had the best bond with her father, fellow actor John Aniston, but things got worse when after his divorce from Brad Pitt, he released a book detailing Jen’s love life. She immediately took it as an act of betrayal and it was something that she never forgave him and instead grew closer to her mother Nancy Dow.

However, little by little Jennifer Aniston was overcoming the problems with her father, to the point of facing the television producers last year to protect him. At the end of 2020, the actress convinced the producers of “Days of Our Lives” to move the recording set to the home of her father John Aniston, so that she could record the scenes of her return and thus minimize the risk of contagion from coronavirus.

Also Read: It’s possible? We tell you the latest about Jennifer Aniston and Brad Pitt

The actress stood firm before the directors when her father revealed his plans to return to the film studio. The 52-year-old diva insisted that 87-year-old John’s return to his famous role as Victor Kiriakis would be filmed in his exclusive private residence. According to American media focused on celebrities, they improved the bond in the days of social isolation when Jen forgave her father for abandoning her when she was a child.

On the other hand, Angelina Jolie has also had her own family clashes with her father, Jon Voight, who abandoned his wife, the actress’s mother, to go with someone else and did not show any support for Angelina when her mother died of cancer. Although the relationship has been full of twists and turns, one of the high points came when he said that Angelina Jolie suffered from mental health problems.

Ariana Grande: Was She Left Out Of 2021 Billboard Awards?

Candace King: Is She Returning As Caroline Forbes In ‘Legacies’?