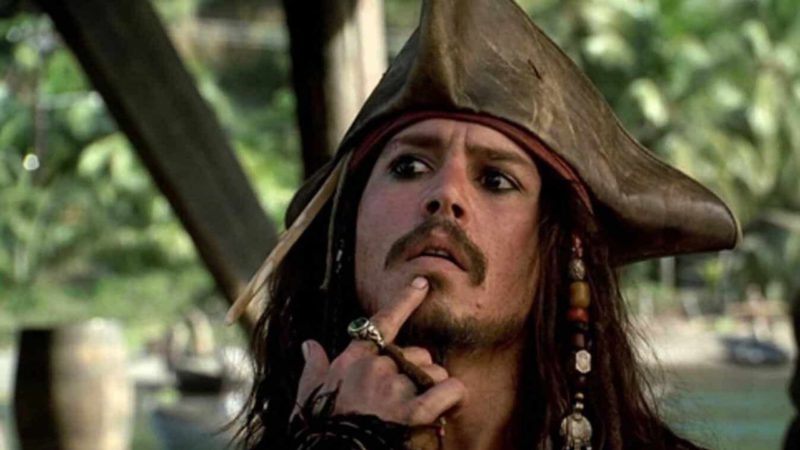 Although his career is on hiatus, Johnny Depp is one of the most successful actors in Hollywood. Throughout his career he has played a large number of characters, some of which have become iconic. One of them is Captain Jack Sparrow from the Pirates of the Caribbean saga.

Instantly, the film became a box office hit, and Captain Jack Sparrow became a beloved character. This performance earned Depp an Oscar nomination. But the reality is that, while many fans have enjoyed the acclaimed film, Depp revealed that he never saw the first installment of Pirates of the Caribbean.

In recent days, Depp has made headlines again for the defamation trial he is carrying out against his ex-wife Amber Heard. During the last hours, the actor took the stand to offer his version of the facts of his relationship with Heard, as well as other aspects of his life.

“Johnny Depp just said in court that he never saw the first PIRATES movie. Remember, he was nominated for an Oscar for that movie. Just a baller move right there,” wrote Matthew Belloni, founder of Puck News on his Twitter.

It should be remembered that in 2020, Depp lost a libel suit against the British newspaper The Sun after the media outlet published a story featuring allegations by Heard that Depp was abusive.

As a result, the interpreter was left out of the aforementioned Pirates of the Caribbean, as well as Fantastic Animals, where he played the villain Gellert Grindewald.

What will happen to the Pirates of the Caribbean franchise and Johnny Depp?

Following Depp’s departure, Disney stated its intentions to continue developing the franchise. In 2020, a new film in the saga was announced that would be led by Margot Robbie, with a script by Christina Hodson (Birds of Prey). Since then no further progress has been reported around the franchise.

The franchise would continue with new characters

As for Johnny Depp, the actor stated during his statement in court that he has no intention of stepping back into the shoes of Jack Sparrow. As he testified, his attorney consulted him: “The fact is, Mr. Depp, if Disney came to you with $300 million and a million alpacas, would nothing on earth make you go back and work with Disney on a ‘ Pirates of the Caribbean’? Right?” the lawyer asked. To which Depp replied: “That’s true, Mr. Rottenborn.”

It is clear that Depp’s days as Captain Jack are history, but it remains to be seen what will happen to his career. At the moment we have to wait for the development of the trial. If it turns out favourable, the actor could have a chance in the future. But if he loses it, he can hardly return to acting, making it almost certain that no major movie studio wants to take him.

The losing streak continues: Netflix loses $54 billion as it plummets on the stock market