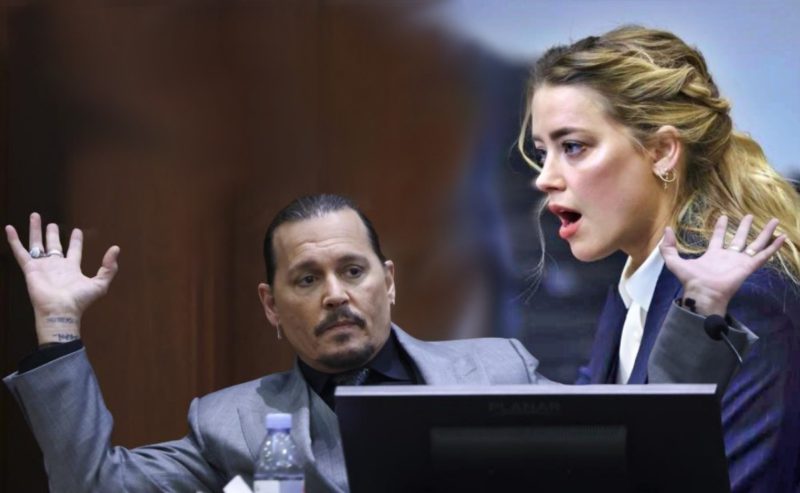 For years, the conflict and controversy between Amber Heard and Johnny Depp has not stopped, after all the details that have come to light about their stormy marriage relationship, and all the legal mess that came later for both when the actor He filed for divorce from his ex-wife. In social networks the opinions have been divided, and it is that for some, it is necessary that there be “culprits” but let’s see what has been the progress of the current trial.

The movie star acknowledged having sent a message to Amber, acknowledging through a text that he had been acting like a “savage” and that he wanted to change his behavior, this detail would have come to light this Thursday, April 21, during the trial that takes place in the United States.

It may interest you: Johnny Depp assures that Amber Heard defecated in his bed

One of the lawyers of the also actress, read aloud in the court of Fairfax, Virginia, United States, some of the messages that the couple would have exchanged when they were still in their tortuous relationship. Here, the tone of the confessions and testimonies would have changed slightly.

Read Also  It will be shorter than expected: They reveal the official duration of 'Doctor Strange 2'

In one of those cited text messages, the actor acknowledged that he had come “too far”, but promised to work with his psychologist to modify his behavior, which at that time was practically conditioned by the drug and alcohol consumption he was going through. according to Heard.

It may interest you: Johnny Depp denies having hit Amber Heard or a woman

Said the message that Depp sent to his ex-wife on December 18, 2014 and that was read at the trial.

The litigation has been initiated by the protagonist of “Pirates of the Caribbean” who accuses his ex-wife of defamation for an article he published in The Washington Post in 2018, after his divorce, in which he claimed to have suffered “domestic abuse”. Depp has already testified for two days and, both times, has denied physically assaulting Heard.

On this third day of testimony, the strategy of Heard’s lawyers was to read to the jurors those text messages in which Depp alluded to incidents between the two and in which he acknowledged having acted inappropriately. The lawyers also read messages in which the actor used derogatory language against his ex-partner.

The idiot cow! I’ll punch the ugly bitch before I let her in, don’t worry. Has that worthless bitch arrived yet?”

In another message, he referred to her as a “dirty bitch.”

Depp did not deny the offensive messages read during the trial

During the interrogation, Heard’s lawyer repeatedly asked Deep if he had correctly read the content of the messages, to which the actor replied in the affirmative. Meanwhile, Heard, also present in the room, quietly listened to the testimony of his ex-partner.

During three years of legal struggle, Depp, 58, and Heard, 35, have publicly shared details about their life together and in which the actress claimed, in various ways, to have been a victim of ill-treatment. The actor asks his ex-partner for 50 million dollars in damages.

For his part, Heard has responded with a counterclaim in which he alleges that Depp has launched a smear campaign against him and claims 100 million.

It is the first time that the two celebrities have faced each other in court: in the trial held in 2020 in London, and which Depp lost, the actress attended as a witness, since the accusation was against the British newspaper The Sun for an article calling the actor a “women’s aggressor”. With information from EFE.

The Last Kingdom: This Netflix series can be considered better than Game of Thrones