Johnny Depp says Amber Heard defecated on his bed: “It was so weird and so grotesque” 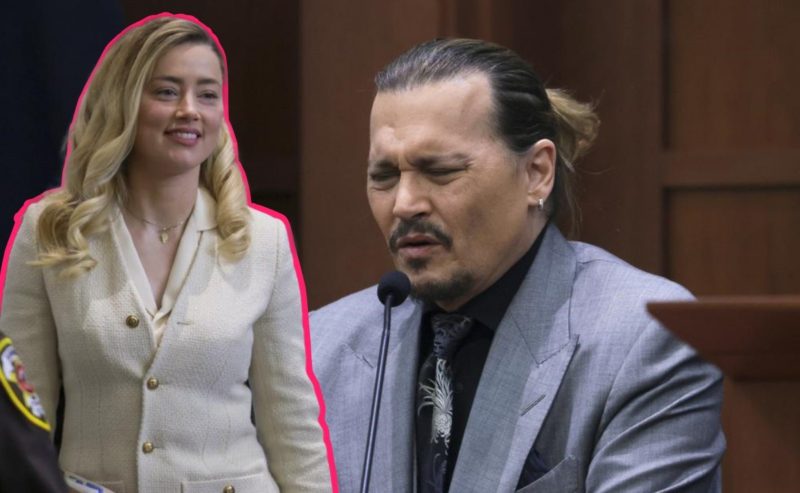 And details continue to come to light in Johnny Depp’s trial against his ex-partner Amber Heard. If the situation for years had become tense and unpleasant for both artists and their followers, the new testimonial statements have increased the repudiation for the parties.

It was last Wednesday, April 20, when the leading actor in the past of the “Pirates of the Caribbean” saga, confessed that his ex-wife left “human fecal remains” in his bed, just a few days after they had separated.

Johnny Depp declared on his second consecutive day in litigation that Amber Heard defecated on his part of the bed after having decided to separate from her and ask for a divorce. On this same day, the actor pointed out that he had never hit a woman in his life, comments that would dismiss the versions of the “Aquaman” actress.

It may interest you: Johnny Depp denies having hit Amber Heard or a woman

The ten people who make up the jury of the trial, which began on April 11 in Fairfax, Virginia, in the United States, listened for more than four hours to new details of the tortuous relationship that the couple of actors had for five years.

Depp is currently accusing his ex-wife of defamation, for the article he published in The Washington Post in 2018, after having divorced, in which he claimed to have suffered “domestic abuse”.

It may interest you: Johnny Depp makes overwhelming confessions against Amber Heard

In his turn to speak, Johnny recalled what happened on the day that, already being separated, he went to his house in Los Angeles, the same one he shared with Amber when they were still a couple. He went to collect her belongings and that’s when he found “human fecal remains” on her side of the marriage bed.

It was so weird and so grotesque that I could only laugh, ”said the actor, clad in a gray suit, while a photograph of the feces was projected.

Heard, also present in the room, listened in silence to the testimony of her ex-partner with a blank look that, at times, hinted at disapproval. Her statement is expected in the coming weeks.

Johnny Depp feared Amber Heard would take her own life, describes her as ‘abusive’

In front of her, Depp, more agitated than on the first day, described his version of several of the fights he had with Heard, whom he described as an “abusive” couple and with whom he assured that he spent so many years for fear of “failing”. ” and even to a hypothetical suicide of the actress. The actor offered details of the situation that the couple had in Australia in 2015 and in which Depp allegedly lost a piece of his finger.

I looked down and realized that I had cut the tip of my finger. She was looking right at my bones, which were sticking out,” she claimed.

According to his account of the events, he went to the kitchen to pour himself a glass of vodka when the actress appeared and hit him with the bottle, cutting his finger with the glass.

The versions about the 2015 accident, which has been known for years, have been varying with different explanations, such as that Depp cut himself with a knife, got caught in a door or, according to Heard, was injured by hitting himself with a mobile phone during a fit of rage.

The actor now blames his ex-wife directly, whom he also accused of putting out a cigarette in his face and even pretending that he had broken his nose with a handkerchief stained with red nail polish to simulate blood. During his speech on Tuesday, Depp claimed that he had taken legal action for the “responsibility of clearing” his name and that his “goal is for the truth to be known.”

It’s so rare when you go from Cinderella to Quasimodo in less than a second.”

During three years of legal struggle Depp, 58, and Heard, 35, have shared details about their life together and in which the actress claimed, in various ways, to have been a victim of ill-treatment.

The actor asks his ex-partner for 50 million dollars in damages. For his part, Heard has responded with a counterclaim in which he alleges that Depp has launched a smear campaign against him and claims 100 million.

It is the first time that the two celebrities have faced each other in court: in the trial held in 2020 in London, and which Depp lost, the actress attended as a witness, since the accusation was against the British newspaper The Sun for an article that described the actor as an “aggressor of women”. With information from EFE.

This Is Us Season 6: Who is the wedding singer and what does it have to do with Kevin