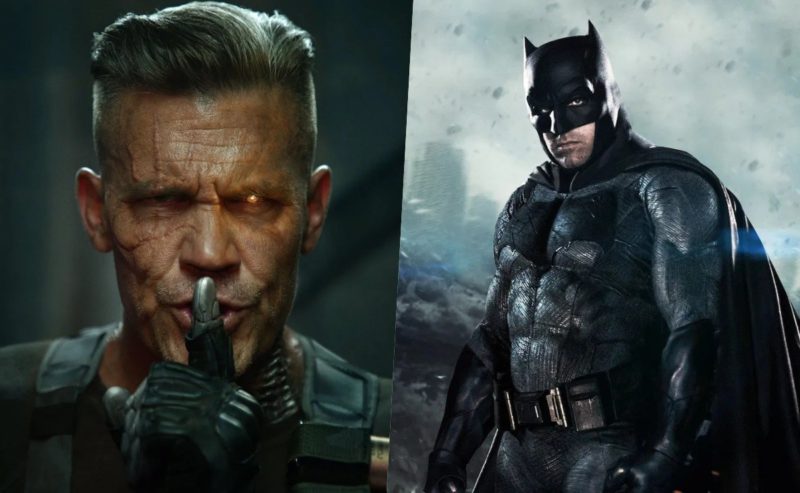 Now the Marvel and DC cinematic universes are more than consecrated, and in some cases, different actors and actresses have been part of the films of both companies. One that could be added to the long list is Josh Brolin, who brought Thanos and Cable to life, and mentions that he almost stole the role of Batman from Ben Affleck, which Zack Snyder had in mind.

The name of Ben Affleck is not the only one that has been part of Marvel and DC, as Chris Evans, Ryan Reynolds, Halle Berry, Idris Elba, JK Simmons, Joe Manganiello, and Josh Brolin himself, to name a few, have already formed part of both companies, although not all in their cinematic universes.

It might interest you: Josh Brolin against the Oscars for not nominating Denis Villeneuve

Now, in an interview for the Happy Sad Confused podcast, the actor of ‘Dune’, Josh Brolin, (via ComicBook), confesses that Zack Snyder had planned to give him the role of Batman, before Ben Affleck stayed in the character. In addition, he mentions that he was not the first on the list, since Joe Manganiello and Matthias Schoenaerts were also listed.

Read Also  Michael Bay defends Will Smith, and offers him to work together again: “He is a very balanced guy”

It might interest you: Josh Brolin compares Marvel and Denis Villeneuve’s ‘Dune’

And furthermore, he adds: “By the way, I didn’t think it was bad, but you know, you talk to [George] Clooney and he’s still joking about it. It wasn’t his fault. He loves the nipple prank and that was it Joel [Schumacher]. But, you know, he didn’t do anything wrong,” Josh Brolin said in the interview.

The actor gave no reason why Warner finally decided on Ben Affleck to bring Batman to life in the DC Extended Universe alongside Henry Cavill’s Superman and Gal Gadot’s Wonder Woman. However, Josh Brolin would have one more chance in the superhero movie, when he was called to play Thanos, the most feared villain of the early phases of the UCM.

Read Also  Check out the behind-the-scenes of 'Doctor Strange 2': "It's the most fantastic phase of Marvel"

But Josh Brolin does not lose hope of one day bringing the Dark Knight to life: “It would have been the [Batman] older and rougher, for lack of a better word,” the actor continued. “Honestly, that would have been a fun deal and maybe I’ll do it one day.” It would not be the first time to see a more tired and older Bruce Wayne in the cinema.

The premiere of ‘The Flash’ will mark the departure of Ben Affleck from the role of Batman, according to some rumors, and although none of that is clear, with the departure of Zack Snyder from Warner, it seems that the studio would want to get rid of everything that the director ever did for them, and Michael Keaton would stay as Bruce Wayne in the main timeline.