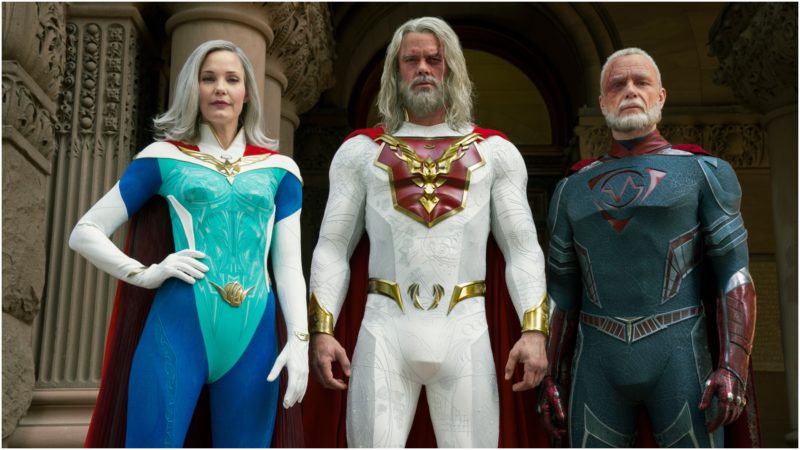 It is Netflix’s new bet on the superhero genre and it hardly took its first days on the platform to sneak into the most popular: Jupiter’s Legacy, a series based on a homonymous comic by Mark Millar, author of Kingsman: Secret Service and Kick-Ass, among other jobs. With the seal of quality of the comic book writer and compared from its origins with The Boys itself, the series debuted just a week ago on the streaming service with great expectation and, for now, it seems that it has convinced the audience with this story of parents and children in the key of superheroes.

The premise of Jupiter’s Legacy is simple: In a universe in which superheroes are widely recognized today for their legendary feats since, back in the 1930s, they obtained their superpowers and began to use them for the common good, the mighty Utopian – played by Josh Duhamel – you must pass the baton on to your children. However, neither the attitude of the young people nor the parent-child relationship that the different members of Los Sampson maintain makes it easy. Meanwhile, a terrible threat looms over humanity, making things quite complicated.

Read Also  Space Force Season 2: When Will It Premiere On Netflix?

Whether or not you have seen the first season of Jupiter’s Legacy on Netflix, you may be interested to know that there is a small connection with the Marvel Cinematic Universe beyond belonging to the superhero genre. For the rest, you already know that the series developed by Steven S. DeKnight has little or nothing to do with the characters in MCU.

WHAT CONNECTION THEN EXISTS BETWEEN “JUPITER’S LEGACY” AND THE MCU?

Three of the interpreters of the series have appeared in one of the films of the Marvel Cinematic Universe.

Leslie Bibb: The person in charge of playing Grace Sampson and also known for her superhero side as Lady Liberty, is the wife of Sheldon (Duhamel) and Chloe and Brandon in the Netflix series. And in the Marvel movies? Well, Bibb has played journalist Christine Everhart in both Iron Man and Iron Man 2. Funny detail that Grace was also a reporter, like Christine, before acquiring her superpowers.

Read Also  Bridgerton renewed for seasons 3 and 4 on Netflix

Anna Akana: She is not a regular character in Jupiter’s Legacy, but the role that Anna Akana plays in the Netflix series is one of those that sticks in our minds. In it, she plays Raikou, Walter’s daughter, and a bad superheroine, and very showered with the katana. In fact, he is capable of mastering two swords and also possesses super strength and telepathic powers. And in the MCU? The role is much smaller, but the reality is that she appeared in Ant-Man in 2015 playing a writer with no specific name.

Jaime Slater: She plays an episodic character, Karen Bishop, in Jupiter’s Legacy, specifically in the second episode of the first season that is already on Netflix. In the Marvel Cinematic Universe Slater appeared in the first season of the Daredevil platform series, playing Nurse Schwab.