Jurassic World: Dominion has new images and reveal that Doctor Grant was right 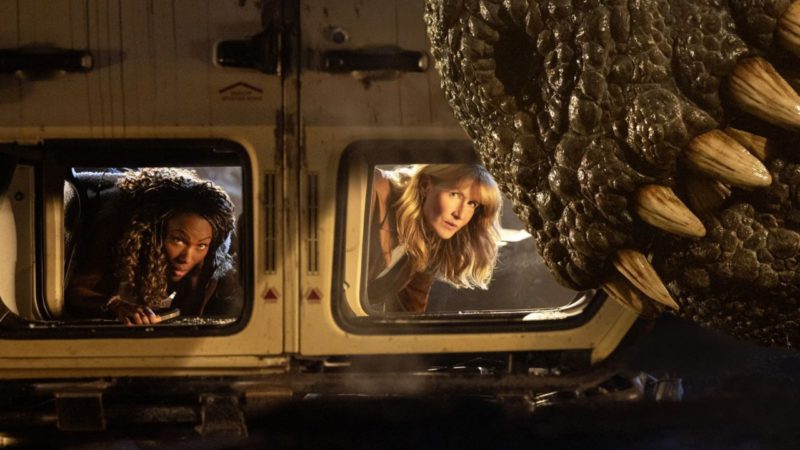 Jurassic World: Dominion will hit theaters midway through the year. The story will take place several years after the events of Fallen Kingdom (2018), showing how the dinosaurs that escaped, both from the island and from the laboratories, are now repopulating the Earth. The cast of previous installments will return and to up the ante, Jurassic Park’s most iconic characters won’t be missing out on the action, including Doctor Alan Grant, played by Sam Neill.

To prepare the public, images arrive (via MyMovieMadness) from Jurassic World: Dominion that offer a new look at the story, its characters and especially the dinosaurs. Within the snapshots you can see a creature that has evolved, since it has plumage, it is the well-known Archeopteryx. In Steven Spielberg’s 1993 film, Dr. Alan Grant explains that one of the velociraptors found in the fossil field shows signs of evolution, showing that these creatures developed new traits to adapt, such as plumage and other characteristics. At that time everyone made fun of Grant and now it is proven that he was right.

The snapshots also show that danger will be the order of the day for the protagonists. A striking detail is that people, despite being in danger from these creatures, have also adapted and in the worst way, since it can be seen how a group has organized clandestine fights with dinosaurs. Finally appears Doctor Henry Wu (BD Wong), the geneticist responsible for bringing dinosaurs to life and also the creator of dangerous hybrid versions, such as the Indoraptor.

Grant, Maisie and Owen preparing for the worst. Don’t move! A quiet and calm Diplodocus. Geneticist Henry Wu, the one responsible for everything.

Chicago PD Season 9: What we suspected about the new cop who introduced the series