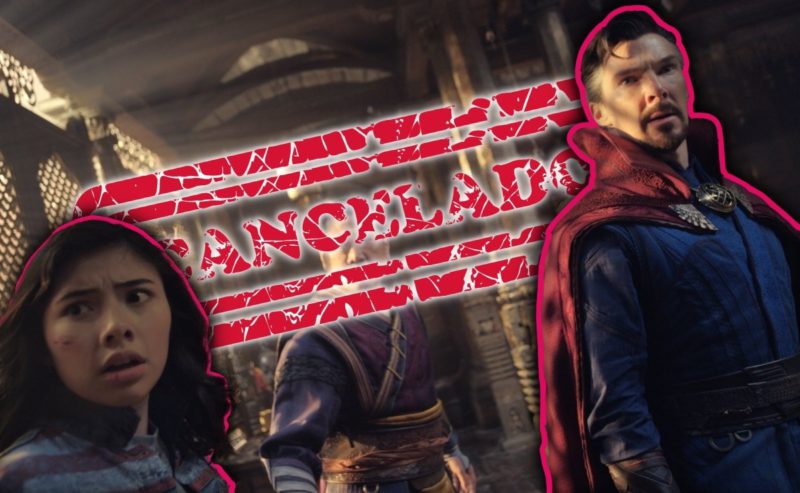 The premiere of ‘Doctor Strange in the multiverse of madness’ is getting closer and has taken thousands of fans by surprise who in Saudi Arabia have spoken out against this Marvel movie so they will not allow it to reach the big screen, a decision that Egypt has recently joined, who will not have it in its theaters either.

The first announcement was released on April 22 by the American media The Hollywood Reporter, where it is reported that Saudi Arabia has made the decision to cancel the expected premiere of “Doctor Strange in the multiverse of madness” in view of some conflicts with Marvel over the representation of an LGBT+ character within the story.

It might interest you: Marvel: This is the LGBT+ character from ‘Doctor Strange 2’

While as for the theaters in Egypt, it has been revealed on social networks thanks to a publication by IMAX Egypt where it can be read: “Doctor Strange and Wanda will not be here during their journey between universes! #DoctorStrangeInTheMultiverseOfMadness will not be released in Egypt”, making clear the cancellation of the tape.

It might interest you: Doctor Strange 2 banned in Saudi for LGBT+ representation

Presumably, Egypt takes this same position as Saudi Arabia for the same reason regarding the representation of the LGBT+ community, given that in these countries homosexuality is a crime, as is the presentation of these issues in movies and series. , so it is not surprising that they decide to take such a position.

On the other hand, it must be remembered that this topic was something that was already seen coming by Marvel fans since the same thing happened at the end of 2021 with the movie ‘Eternals’ which includes the presentation of a homoparental family in foreground, which is why it was banned in these countries.

Marvel stands firm in the face of rejection against LGBT + representation

It is very important to note that Marvel Studios has the option to modify their films to present a version for Saudi Arabia and Egypt that suits their conditions of reproduction, which means censoring the LGBT+ representation of their stories, something that Warner Bros recently did with ‘Fantastic Beasts 3’ in China.

However, the house of ideas has chosen to maintain a firm position in the face of the rejection that some countries have towards LGBT+ representation, regardless of whether this implies millionaire losses for the superhero company, which will gradually begin to include characters not straight in all their stories.

Criminal Minds: Actresses in the series who have known each other for a long time and are very close