Justice League 2: Wait! What! A Sequel? 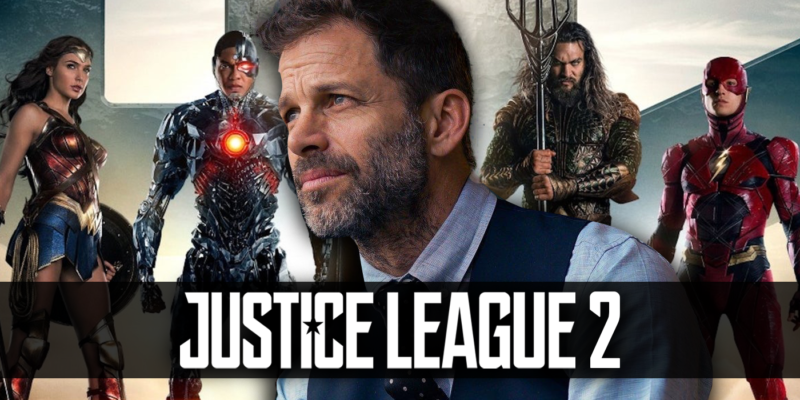 Will there be a sequel after “Zack Snyder’s Justice League”? We’ll tell you how it is with “Justice League 2”.

For a long time it was quiet about DC’s answer to The Avengers, but with ” Zack Snyder’s Justice League ” the story of Superman ( Henry Cavill ), Batman ( Ben Affleck ), was breathed new life again. With the success of the Snyder Cut, will “Justice League 2” come after all? We have the answer.

Justice League 2: Is the sequel coming?

After a lot of pleading and begging, fans made it: The Snyder Cut saw the light of day on March 18, 2021. The film has received praise from both critics and fans. Does the positive response also mean that the “SnyderVerse” can be saved and that Zack Snyder will realize the other two planned films?

Fans have to be strong because even after the release of “Zack Snyder’s Justice League” there is no good news. According to Warner Bros. Executive Ann Sarnoff, there are no plans to revive the “SnyderVerse”. Zack Snyder confirms this personally. According to the director, Warner Bros. has no interest in another DC adaptation – at least not from him. So there could be a sequel beyond Snyder’s imagination.

Is there still a chance for the SnyderVerse?

Although Ann Sarnoff’s statements were unequivocal, one should never say never in Hollywood. There are still voices who do not want to rule out a continuation of the SnyderVerse. A possible merger of the two companies AT&T, to which Warner belongs, and Discovery could bring “Justice League 2” and the SnyderVerse back into the conversation. The reason for this would be the change in staff to David Zaslav. As the new CEO of both companies, it would be quite possible that he would dare to try again with Zack Snyder, after all the film met with mostly positive feedback, the sequels could also prove to be lucrative. Especially for Warner’s new streaming service HBO Max.

Who would return for Justice League 2?

Whether Warner Bros. will put the Justice League on hold or just the version of director Zack Snyder is not yet certain. There is also the question of which cast members would return for a sequel. Batman actor Ben Affleck had announced long before the Snyder cut was released that he would hang up the bat cloak.

Even Ray Fisher (Cyborg) has decided because of problems behind the camera to no longer return to the franchise. Since Ezra Miller, Gal Gadot and Jason Momoa still have solo films planned in the DC Universe, they may be more willing to be in front of the camera for a sequel together. Even Superman actor Henry Cavill does not want to finally say goodbye to his role. The future will tell if and in what form fans will see the Justice League again.