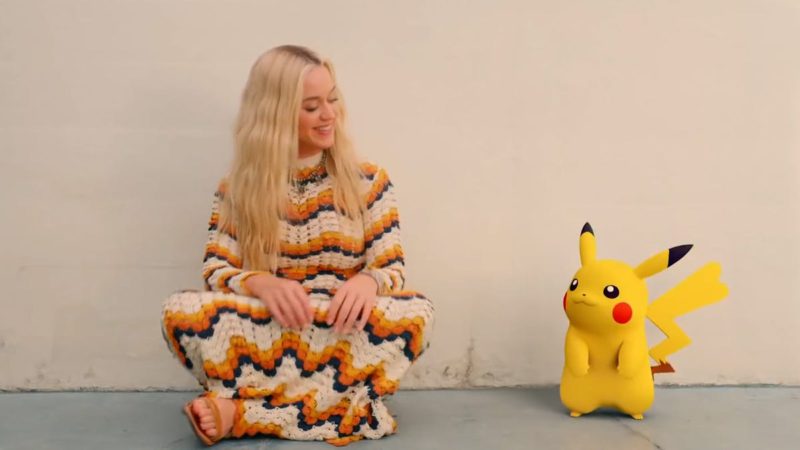 The singer Katy Perry presented at dawn this Friday a single titled ‘ Electric ‘, which was accompanied by a music video on YouTube. However, the detail that draws attention is that Pikachu and Pichu, iconic characters from the Pokemon anime, become protagonists of the video clip directed by Mexican Carlos Lopez Estrada.

The clip shows us Perry and Ash Ketchum’s best friend enjoy a wonderful place together and then travel to the past and thus remember the singer’s first steps in the world of music, that is where Pichu manages to steal the public’s attention.

Both the song and the video have been well received by fans of the ‘Roar’ interpreter and the general public, since in less than 24 hours it already exceeds 3 million YouTube views, to stay in the Top 20 of the music trends of said platform.

Pokemon Celebrates its 25th anniversary with Katy Perry and other artists.

The singer’s music video with Pikachu and Pichu is part of an initiative that seeks to celebrate 25 years of the Pokemon franchise. informed you at the beginning of 2021, The Pokemon Company International had announced the collaboration with multiple artists, which would be revealed throughout the year.

From a virtual concert by Post Malone to a musical album that would feature the presence of Katy Perry and J Balvin, the Japanese franchise seeks to celebrate the 25th anniversary of the Pokemon Universe that captivated millions of people around the world.