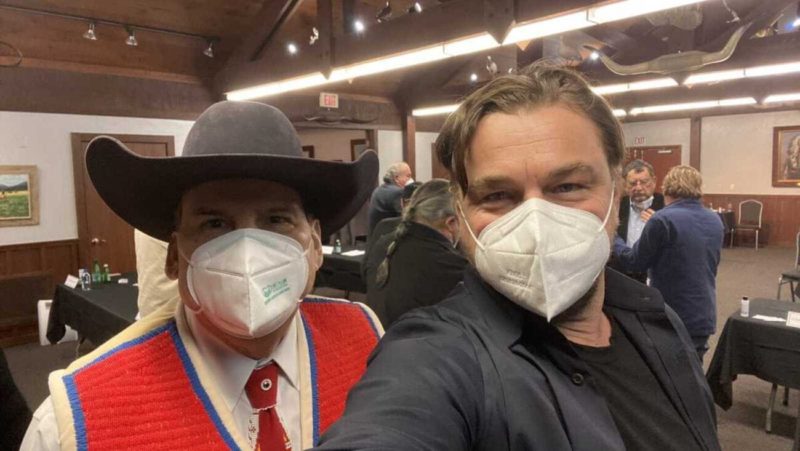 Apple’s film, based on David Grann’s book of the same name, has no theatrical release date yet.

The wait is over and the first image of the new work of the tandem formed by Leonardo DiCaprio and Martin Scorsese, Killers of the Flower Moon, has finally come to light. With this snapshot, which you can see below these lines, the Apple Original Films film team wanted to share, with the public, their enthusiasm for the start of filming. Filming began on April 19, almost a year later than originally planned.

The image shows DiCaprio as Ernest Burkhart and his co-star, Lily Gladstone, as Mollie Burkhart. An atypical marriage, from 1919, formed by the nephew of a powerful American rancher ( Robert De Niro ), and a woman belonging to the Osage Indian tribe of Oklahoma. This first frame portrays the first time that Ernest was invited by Mollie to share a meal with his family.

The story is inspired by the homonymous best-seller by David Grann – author of titles such as The Lost City of Z -, which tells of the terrible mass murder suffered by the Osage people in the early 1920s. The massacre, known as “the reign of terror”, was committed by a group of greedy men from the upper echelons of the United States, who sought to gain control of all the oil that was in the fields located near the Indian town.

BACK TO THE BIG SCREEN AND A RELATIONSHIP OF MORE THAN 18 YEARS.

At the moment, the release date of Killers of the Flower Moon is unknown. What does seem to be a fact is that despite being an original Apple feature film, its passage through theaters is guaranteed. This will also mean a return to the big screen for Leonardo DiCaprio, who has not been seen by her since August 2019, when he premiered Once Upon a Time in Hollywood.

It is clear that the “courtship” formed by Scorsese and DiCaprio is one of the longest-lasting relationships, and fruitful in Hollywood. A relationship that began back in 2003, with Gang’s of New York, continued with The Aviator (2005) and continued with The Departed (2006), Shutter Island (2010), and The Wolf of Wall Street (2014), his latest collaboration, to Killers of the Flower Moon.