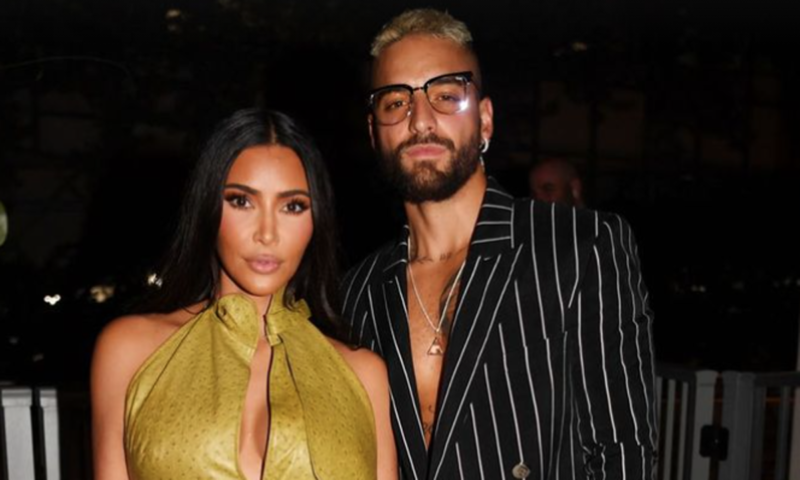 In the middle of her divorce from Kanye West, Kim Kardashian was caught with reggaeton Maluma; but a celebrity romance has yet to be confirmed.

Are Kim Kardashian and Maluma possibly more than friends? Netizens began to speculate that there could be a romance among celebrities after they attended the opening of the new hotel “The Goodtime” together, owned by musician Pharrell Williams. However, a love relationship between the businesswoman and the reggaeton has not been confirmed.

Kim is currently in the process of divorcing rapper and businessman Kanye West, and custody of her four children is said to be at stake during this process.

However, the appearance of the famous Kardashian with the urban artist is not a surprise to many, since both are supposedly great friends who usually have different outings.

The photos together were shared by Kim herself on her Instagram stories, which even Maluma shared on her personal social network, which left fans very intrigued. They both look very happy and wore spectacular outfits to stand out at the event.

The appearance of 40-year-old Kim Kardashian with 27- year-old Maluma was not the only thing that generated a stir on social networks, but the entire hotel opening party; since many other celebrities attended such as David and Victoria Beckham, Bad Bunny, Becky G, among others.

However, internet users were infuriated that none of the attendees were wearing face masks or following safe distance and safety measures at the Pharrell event.

The justification was that the guests were already vaccinated against the pandemic virus, but this was not enough for Internet users, who considered that the party was too irresponsible, since it was putting the rest of the American population at risk.