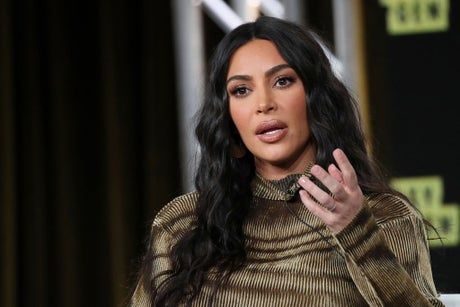 Kim Kardashian’s dramatic and criticized weight loss didn’t stop after she performed at the latest edition of the Met Gala in Marilyn Monroe’s iconic dress.

This has been revealed by the star of ‘The Kardashians’ this Tuesday during his visit to the program ‘Today’, where, among other things, he opened up about the loss of almost 7 kilos in three weeks to be able to wear the garment of the interpreter of ‘Happy Birthday, Mr. President’.

“I saw it as a role and I really wanted to wear this dress,” the businesswoman told the broadcast’s co-presenters, Savannah Guthrie and Hoda Kotb. “It was really important to me.”

However, Kim has continued to lose weight since the event that took place last May.

“Since then I have continued to eat very healthily. Now I have lost 10 kilos. I’m not trying to lose more weight, but I have more energy than ever. I’ve eliminated sugar, a lot of junk food I ate without realizing it, like a lot of fried foods. And I completely changed my lifestyle. It actually taught me a lot about my lifestyle and my health,” revealed the founder of the SKIMS brand.

The TV star had come under fire for losing so much weight in such a short time but told The New York Times earlier this month that he didn’t expect his followers to follow in his footsteps.

“I didn’t say, ‘Hey everyone, why don’t you lose this weight in a short period of time? For me, it was like, ‘OK, Christian Bale can do it for a role in a movie and that’s acceptable.’ Even Renée Zellweger gained weight for a role. For me it’s the same.”

Since putting on Monroe’s dress, Kim has also received criticism from fans who alleged she had damaged Jean Louis’ historic garment.

However, Ripley’s Believe it or Not!, owner of the garment, has denied the allegations responding: “The dress was in the same condition in which it was lent to her,” Ripley’s vice president of publications and licensing, Amanda Joiner, who also did not separate from the garment since her trip from Orlando to New York, said in a statement earlier this month. as well as throughout the day of the Met Gala.

In ‘Today’, the businesswoman also denied damaging the dress in any way. “Ripley’s and I work very well together. There were assistants with gloves who put it on me. It was quite a process. I showed up on the red carpet in a robe and slippers and put the dress on the bottom of the rug. I went upstairs; I probably had it on for 3 or 4 minutes. And then I switched to a replica of the dress right at the end of the stairs,” she recalled.

In addition, Kim said she is very happy that wearing the dress helped expose a whole new generation to Monroe, who died in 1962.

“I was so glad to have that opportunity and that Ripley let me share this moment. I respect her, I understand how much this dress means to American history, and being the American theme I thought, ‘What is more American than Marlyn Monroe singing Happy Birthday to the President of the United States?

Top 5 Games To Play While Traveling!