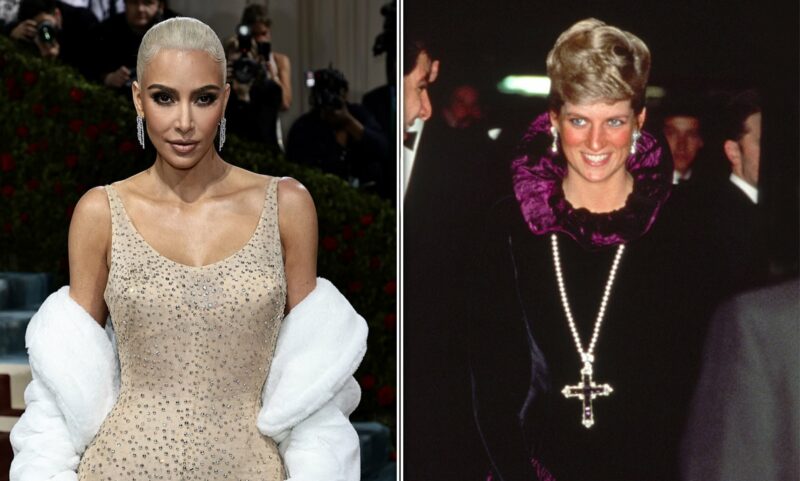 Yesterday, American media outlet Page Six made headlines for revealing that Kim Kardashian had purchased a cherished piece of jewelry formerly belonging to the late Lady Diana, Princess of Wales.

At a recent Sotheby’s auction, Kardashian purchased the Attalah cross – an amethyst and diamond pendant which Lady Diana had worn during a charity gala in London in 1987. Designed by private order for one of its regular customers, the piece was crafted by the house of Garrard in the 1920s. It features a total diamond weight of 5.25 carats and measures 136 x 95 mm in size.

Kardashian, who is said to be a great admirer of Lady Diana, outbid four competitors to secure the piece for the modest sum of 197,453 US dollars (approx. 182,450 euros) – more than double its estimate. An insider told People Magazine that the 42-year-old star was, “honored to own a beautiful piece of jewelry once worn by the late princess.”

The piece was first purchased by the Palestinian-English businessman Naim Attallah in the 1980s, and after which it was loaned to Lady Diana, who wore the cross several times during this period. It had not appeared in public since the tragic death of the Princess in 1997.

Kardashian also owns other iconic pieces from women she admires, reportedly including a dress famously worn by Marilyn Monroe to the Met Gala in May 2022.

Lowest Number of Births in France Since 1946