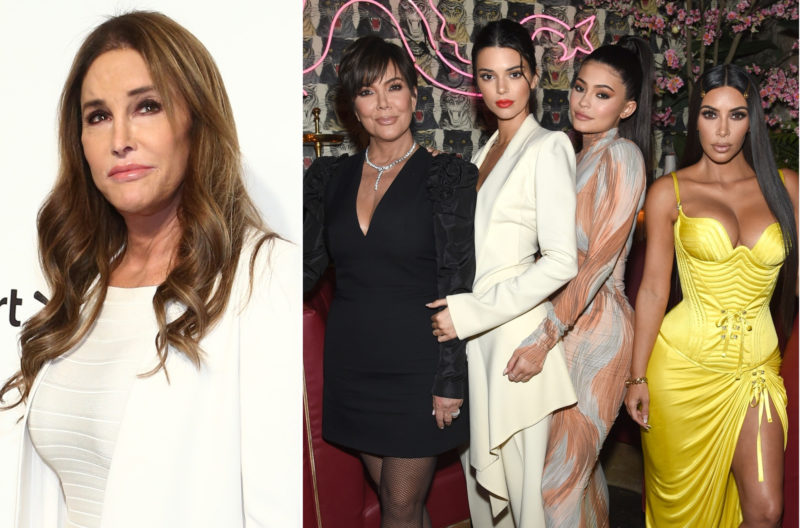 What Kim Kardashian thinks of Caitlyn Jenner’s candidacy for governor of California
Politics once again shake the millionaire family of the United States.

Kim Kardashian is silent. The “Keeping Up with the Kardashians” diva has made no mention of her former stepfather Caitlyn Jenner’s candidacy for governor of California. More than 24 hours have passed since the former Olympian announced her participation in the upcoming political elections and no member of her family, not even her daughters Kendall Jenner and Kylie Jenner, have shown in favor of the candidacy.

It is striking that Kris Jenner, Kim Kardashian, Kourtney Kardashian, Khloe Kardashian, Kendall Jenner, and Kylie Jenner have not spoken out about Catilyn’s political affair, but they did find the time to push forward a new line of fragrances, a style platform for life and her clothing site Kardashian Kloset through her social media accounts.

ALSO READ: A Kardashian Is Running For Mayor Of California And It Not Kanye West

A source close to the family told TMZ in the United States that the Kardashian-Jenners will not appear in Caitlyn, 71’s political campaign, much less publicly endorse her. They did the same with Kanye West in his attempt to win the presidency of the North American country in 2020. Not even Kim Kardashian echoed her husband’s presidential campaign and rather celebrated the triumph of the current president, Joe Biden.

The deafening silence that comes from the Kardashians suggests that Caitlyn Jenner is also struggling to gain support from her own family. Kim is focused on her own projects. On Friday, she shared several posts on Instagram promoting her new KKW Fragrance collaboration with floral designers Jeff Leatham. “I had so much fun creating these scents with @JeffLeatham,” she wrote with a photoshoot for the collection.

On Saturday night, Kim Kardashian took to her Instagram Stories to show her 216 million followers how her mother Kris Jenner danced on an apparently girls’ night. In the videos posted by the celebrity, it was clear how they enjoyed the night with some drinks and guests, one of the La La Anthony, Kim’s best friend.

Who Is Chloe Zhao? Second Woman Who Won The Oscar For Best Director