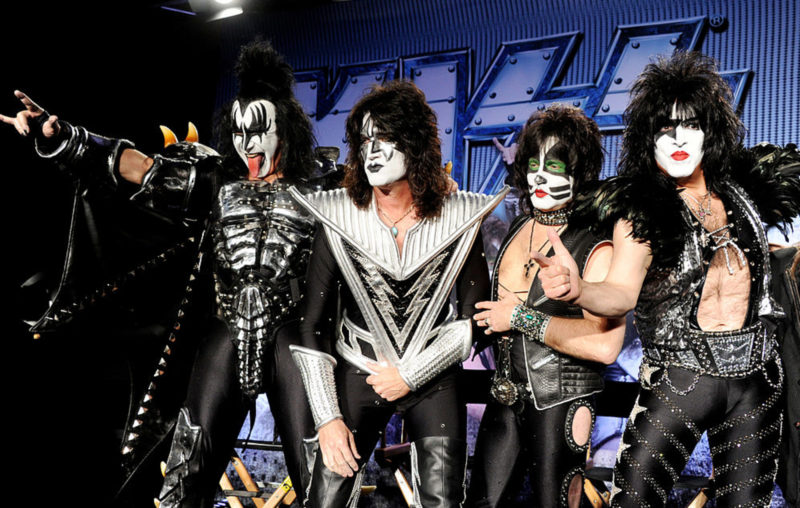 Netflix is close to reaching an agreement to make a biopic of the rock group KISS.

The fans of Kiss, the iconic heavy rock group, have received good news, and here at we tell you what it is about. According to the Deadline site, Netflix is about to close a deal to make a movie about the group, which will be titled ‘ Shout It Out Loud ‘.

According to this information, the popular streaming platform wants to pay tribute to the group’s extensive musical legacy with a new project, which would be directed by Joachim Ronning, while Paul Stanley and Gene Simmons will make their respective contributions to this biopic.

The platform is about to close the deal and start producing the iconic hard rock group’s film.

Likewise, it is known that the film will be produced by Atmosphere Entertainment, Opus 7, and Universal Music Group, while Doc McGhee, the person who represented the group for a long time, will also contribute to this new project, which has managed to cause a sensation among the fans of Gene Simmons, Paul Stanley, Tommy Thayer, and Eric Singer.

What will the Kiss movie be about?

According to Deadline, the Kiss movie will start from when Gene Simmons and Paul Stanley were young and their life was quite complicated. It will also be related to how they decided to form the group and the formula they followed to achieve success. Something very similar to the plot of the film ‘Bohemian Rhapsody with Freddie Mercury as the protagonist.

So far it is not known who could be the actors who will be in charge of playing the members of Kiss in the future film and there is no tentative release date because as mentioned at the beginning, the Netflix platform is still closing the deal, so new news is expected very soon.

Meanwhile, fans of the band Kiss are very excited about the arrival of an upcoming biographical film on Netflix, because it cannot be denied that this quartet has managed to establish itself as one of the greatest exponents of rock music internationally.