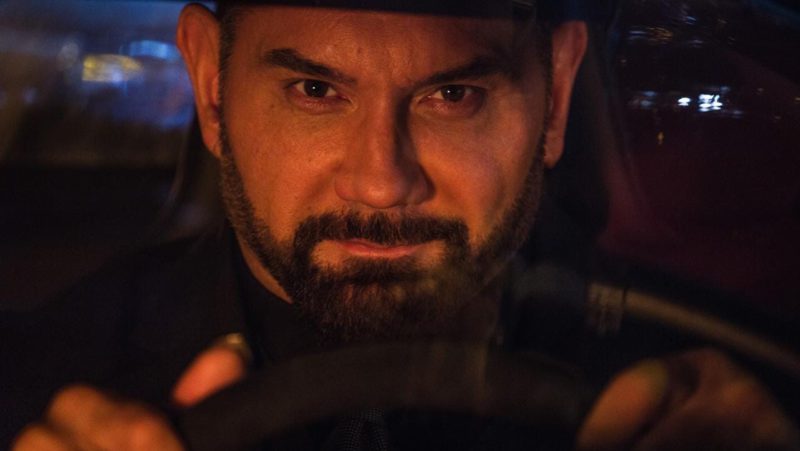 MCU star and Drax actor Dave Bautista and Bond actor Daniel Craig are the first confirmed stars in the Netflix movie “Knives Out 2”.

Things couldn’t be better for Dave Bautista right now. The former wrestler strives to make a real name for himself as an actor and put his wrestling past behind him completely. He would like to take on more roles in independent films and series. That was also one of the reasons why he turned down James Gunn’s offer for “ The Suicide Squad ” to star in Zack Snyder’s “ Army of the Dead ” and get a foot in the door on Netflix.

And the way it looks now, it has already paid off. The 52-year-old will be part of “Knives Out 2”. This makes him the second confirmed star for director Rian Johnson’s sequel to his surprise hit. And that means that after “ James Bond 007- Specter”, Bautista will be in front of the camera again with Daniel Craig. Craig is the only actor from ” Knives Out” so far who will be part of the Whodunit sequel.

It is not yet known what role Bautista will play. He could impersonate a suspect or even someone who works with Craig’s private investigator Benoit Blanc. Johnson likes to play with expectations of what the audience was able to experience in “Knives Out”. So it should be exciting to see what the dynamic between Bautista and Craig will be this time around.

There is also the chance to establish a new character in the style of Hercule Poirot, Miss Marple, and Sherlock Holmes with Daniel Craig’s Benoit Blanc. The individual films are also understood as individual cases of the private investigator, which do not necessarily have to be related.

Are you real Netflix fans? Then you should certainly all know the actors from these Netflix originals, right?