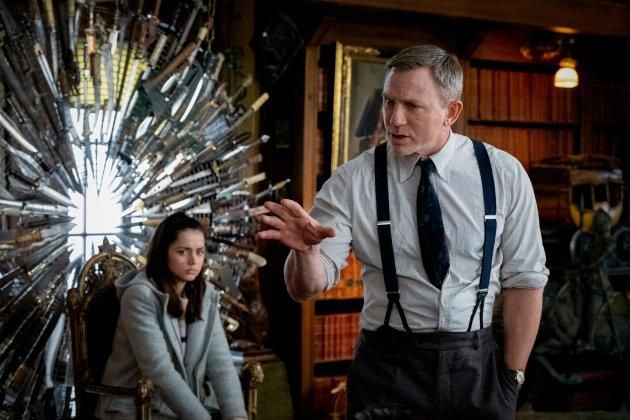 Netflix will shoot two sequels to the hit movie “Knives Out” (2019), as reported by “Deadline”, among others. The streaming service is expected to pay more than $ 400 million for this. Rian Johnson (47) will be directing again, and lead actor Daniel Craig (53) will once again slip into his role as detective Benoit Blanc.

US director Rian Johnson (“Star Wars: The Last Jedi”) shot the original hit in the style of an Agatha Christie thriller in 2019 for an inexpensive $ 40 million. The flick grossed over $ 311 million worldwide. The movie revolves around the death investigation of Christopher Plummer who is an unloved family patriarch and dies in his mansion. The casual investigator Benoit Blanc (Daniel Craig) should clear up the case.

Craig and director Johnson are back in the sequels. Filming for “Knives Out 2” is scheduled to begin in Greece at the end of June. At first, nothing was known about the other roles.

According to the report, Johnson has already written the two sequels, and production of the first sequel is slated to begin in Greece in June. In addition to Daniel Craig, “Knives Out” also starred Chris Evans, Ana de Armas, Jamie Lee Curtis, Michael Shannon, Toni Collette, Lakeith Stanfield, and Christopher Plummer. At a cost of $ 40 million, the film grossed more than $ 311 million worldwide. It is not yet known who will star in the sequels alongside Craig.