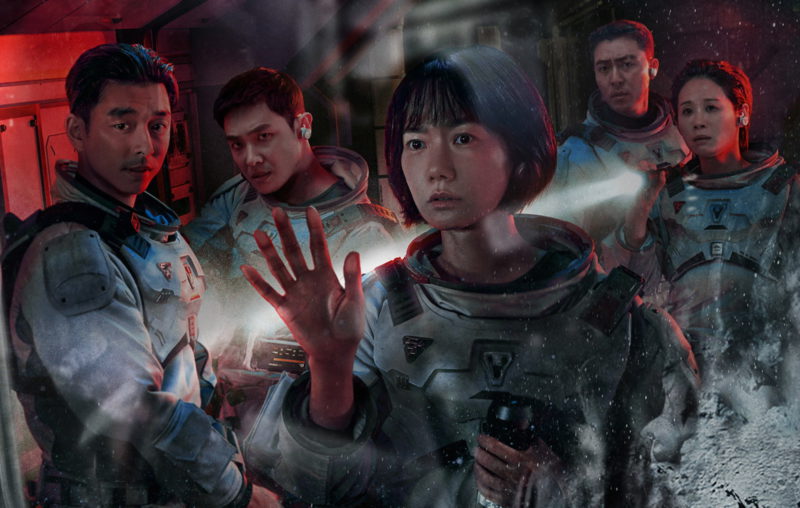 We have seen comparisons between The Silent Sea that is Netflix’s latest Korean language drama and Squid Game is well beyond the common tongue now. The movie The Silent Sea features a group of disparate individuals that enter into a perilous situation as a last-ditch attempt for salvation and their quest begins with the painful recognition of the economic inequality of the entire world. This is also one of the most anticipated Netflix series, The Silent Sea is receiving all the negative criticism from all the viewers.

Completely contrary to what we expected this latest Korean series from Netflix is collecting all the negative reviews from the audience members and streamers. On an international level, the series is titled this year’s worst Netflix TV series. In a post, a user commented that: “I was able to withstand it up to episode 3, but I turned it off because I couldn’t handle it anymore.”

Why The Expectations Were So High From The Silent Sea?

The expectations from The Silent Sea were high because it was a Korean drama series and due to the huge hit of the last Korean Drama series Squid Game, fans expected this one will also be a great treat to the audience. But the genre of the two series is completely different, while Squid Game was based on a violet thriller, The Silent Sea series is a sci-fi epic that depicts an attempt to harvest water on the moon to fulfill the thirst of a decertifying Earth.

Now according to various media outlets, Netflix is now also seeing the warning signs that this drama is putting a complete halt on the new subscribers as well who were looking forward to seeing the previous hits such as Squid Game and Hellbound. In fact, it has been noticed that the new count of subscribers has been significantly decreased since Squid Game. The original goal of obtaining 8,500,000 new subscribers now looks pretty difficult for the streaming giant Netflix.

“The Silent Sea” is directed by Choi Hang Yong and is based on his short film of the same name, Netlflix has a show which was a disappointment in equal measure. The first episode of the series establishes a concept where the earth is dying. Then it is portrayed that Korea’s national committee for Human Survival Measures is launching a new mission to an unknown lunar station where there is a mass casualty event that has derailed research into the potential for water on the moon.

Although the visual sweep of “The Silent Sea” is quite impressive and enticing especially when lunar canyons are striking. However, the show’s eight episodes grow slow and turgid and the series is dazzled by its own beauty. With that said, we can say that the highs of “The Silent Sea” are quite high and the show completely clears the low bar. Overall, we can say not all but the audience who appreciate the genre fare at their heart will be glad to watch the show for sure.

“The Silent Sea” was released on Netflix Friday, December 22. Have you watched the latest Korean drama series yet? if yes what are your reviews on the series? If not, then will you be watching the series? answer us in the comments section below. For other updates stay tuned to our website and get all the updates right here.

The Crown Season 5: Everything We Know So Far