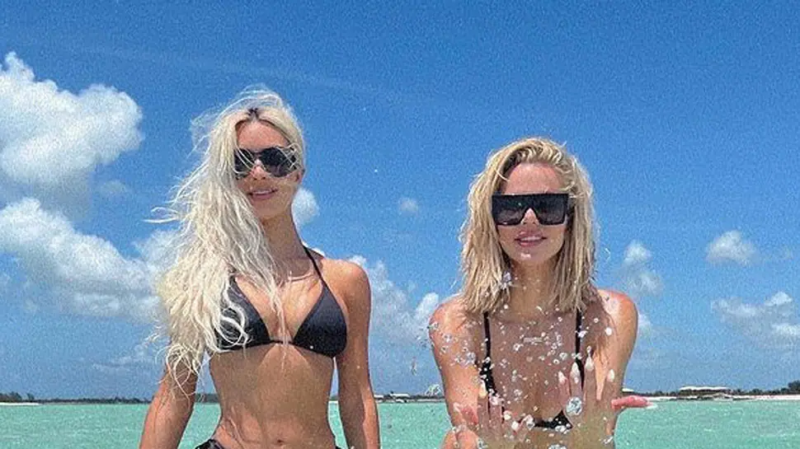 Although it seems that the most famous family in the United States is very close, the truth is that there are also problems and distances between the Kardashian sisters.

During her most recent appearance on Amanda Hirsch’s ‘Not Skinny But Not Fat’ podcast, Kourtney revealed that she no longer feels as close to her younger sister, Khloé.

While reflecting on how they were previously inseparable, the businesswoman explained that they started to drift apart when Khloé “joined” Kim during her pregnancy with True Thompson, back in 2018.

“I think when Khloe was pregnant with True and Kim was expecting Chicago via surrogate, they bonded a lot. They were going through the same thing,” she said.

At the time, Kourtney was “unhappy with the show” because she felt her sisters were “ganging” against her.

“I felt like it was pretty much everything that Khloe and I had ever done to Kim and then they ganged up on me,” she recalled.

Through therapy, the wife of drummer Travis Barker “became more self-aware” despite initially struggling to see a mental health specialist.

“Now I love it, but it’s hard and I felt very sensitive. I was used to being a bad person for so many years without any care. Nobody could make me feel bad. Nobody. Nobody could say something bad to me because I would respond 20 times worse “, said.

Kourtney then opened up about her physical altercation with Kim during an “intense moment” that aired on the 2020 season 18 premiere of ‘Keeping Up With the Kardashians’.

The Importance of Customer Service in an Online Casino