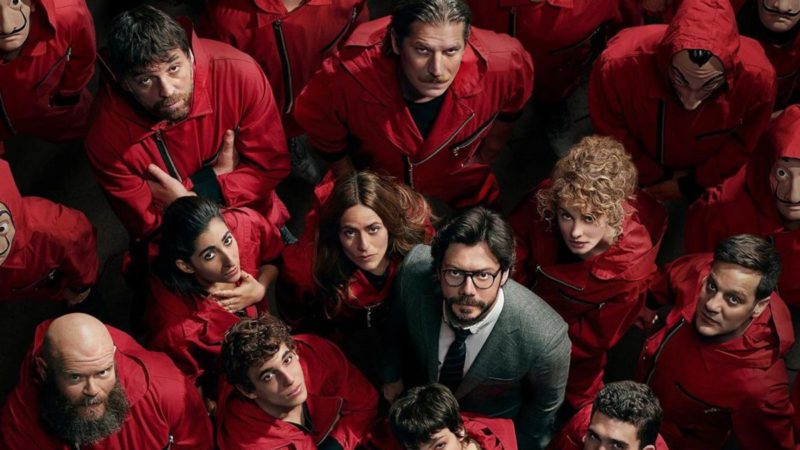 La Casa de Papel, is the Spanish crime drama that premiered in 2017 and when it arrived on the Netflix streaming platform, it quickly became a cultural phenomenon that attracted the attention of millions of viewers around the world. The series culminated after 5 seasons with a final installment of 10 episodes divided into two parts, which premiered on September 3 and December 3 of last year.

When the first wave of episodes of Money Heist Season 5 premiered on the streamer, the Spanish series achieved quite a feat by amassing 201.9 million hours viewed as of early last September. It still holds the title of all releases on the platform according to The Hollywood Reporter; but now the show has been dethroned by another Netflix drama.

It turns out that the period series Bridgerton, premiered its season 2 last Friday, March 25 through Netflix, capturing the attention of millions of viewers in more than 92 countries, ranking in the Top 10. The drama produced by Shonda Rhimes, accumulated 193 million hours watched in its first three days of release, setting a Netflix record for the first weekend after the release of a series in English.

Added to that, the same weekend the first season of Bridgerton reached a total of 32 million hours watched by consumers. Without a doubt, this means that the series that follows Daphne, Anthony and the rest of the Bridgerton dynasty, will surely triple that figure when it reaches the first 28 days after the premiere, while the number of hours of viewing of Money Heist will increase. keeps stable.

This was to be expected. Bridgerton took Netflix by storm since it first arrived in late December 2020 with its first eight episodes inspired by Julia Quinn’s first book, which followed Daphne Bridgerton as she searched for love and ultimately found it in Simon Basset the Duke of Hastings.

Bridgerton season 1, in its first 28 days after its debut, managed to get a total of 625 million hours watched, and thus ranked as the most watched English series on Netflix at the time. And by the indicators that mark the arrival of new episodes, the second installment of the series will retake the throne, displacing La Casa de Papel.

Read Also  The Wheel of Time Season 2: Zoë Robins tells how therapeutic her character was

Attack on Titan: When, where and what time to see the last chapter of ‘Shingeki no Kiojin’