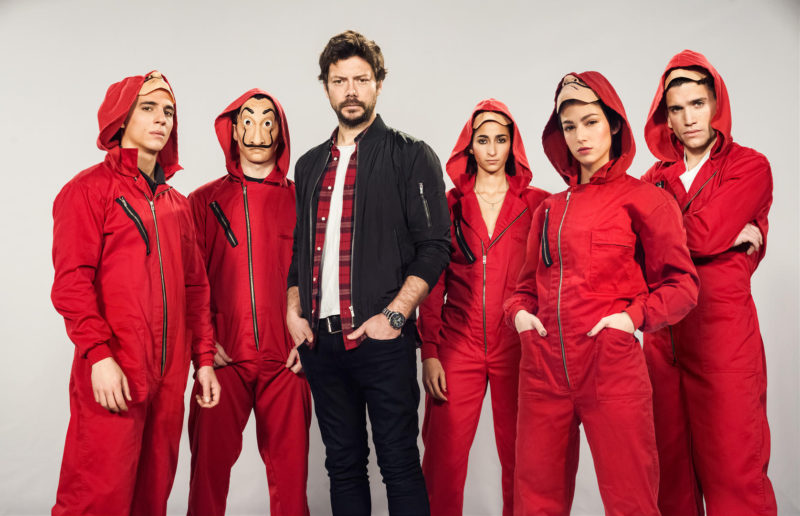 So the official announcement is finally here. After a pile of rumors, the Spanish actor Alvaro Morte known for his global presence as ‘The Professor’ has left the Netflix series La Casa De Papel ‘Money Heist’ and has finally said bye to his character of The Professor.

The final season of Money Heist is about to release in 2021, and for quite some time there have been rumors about potential spin-offs and character deaths. Previously we had reported that Alvaro Morte has left the Netflix series for a show at its rival streaming giant Amazon Prime, and today the actor himself confirmed the long-lasting rumor.

The actor from Netflix’s hit drama posted a video on Instagram in which he said goodbye to the show and got nostalgic about the memories and experiences he gathered during the production of the show. Alvaro Morte previously said in an interview that he never thought Money Heist will be a global success this huge after the release of its first season 4 years ago.

The show created by Alex Pina got through some major problems during its early stage but was later incorporated by Netflix for a global release. The magic of The Professor and his crew worked and the show came out as one of Netflix’s biggest shows to date. But after successful four seasons and a fifth one knocking around the edges, Money Heist comes to an end and Alvaro Morte could resist himself from thanking the fans for their gratitude.

The video posted by Alvaro Morte

Thus with this video and official confirmation of his exit, Alvaro Morte has certainly confirmed the death of Professor in the upcoming final season. This also ends the rumors of any spin-offs about Professor that Netflix was planning.

As of now a release date for Season 5 of Money Heist is not available, though there are rumors regarding its late 2021 release. The officials have not yet commented on the official release date and we seek to see the final season soon.