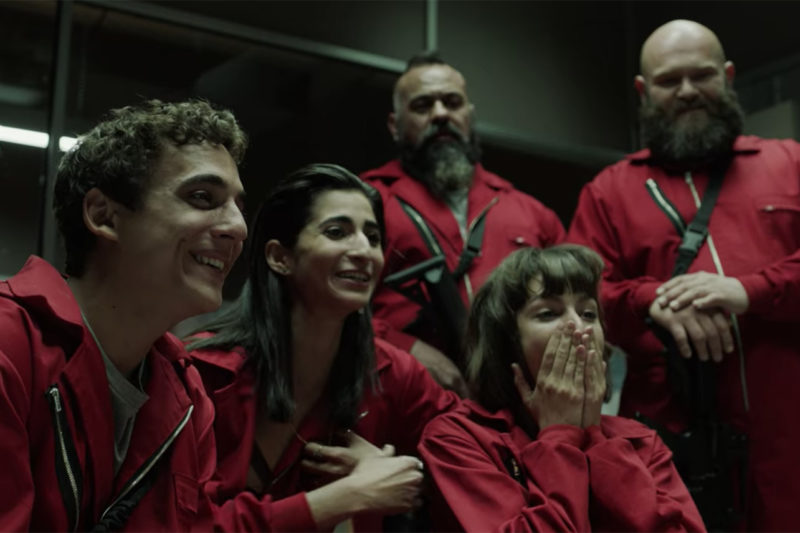 One of the most acclaimed series not only in Spain but also worldwide is coming to an end. La Casa de Papel will end in the fifth season that began to be recorded from the end of 2019, but like many series or film productions around the world had to stop recording due to the emergence of the coronavirus pandemic.

Although there is still no exact premiere date for the last season, a few actors from the same series have published content on their social networks about La Casa de Papel. In one of these, Pedro Alonso, who plays Berlin, detailed in an Instagram post some aspects of a scene from the series, which have ‘creepy’ touches.

Who is Berlin and what is his role in La Casa de Papel?

Played by the Spanish actor Pedro Alonso, Berlin is one of the most emblematic characters of La Casa de Papel, despite the fact that in the history of the series he has died, his return is expected for the fifth and final season of the Spanish series, although we still do not know exactly how his reappearance will be.

In the words of the creators of the series themselves, Berlin is described as a mirror placed in front of society, since it represents the misogyny, narcissism, the despicable, and the psychopath that defines our current society so much, without leaving aside how empathetic both Berlin and society itself can be in special moments.

During the first season, he was the right-hand man of The Professor in the robbery of the National Currency and Stamp Factory and served as one of the key people to carry out said robbery, preserving patience and responsibility with those closest to him in the team.

What did Berlin publish and why will they be ‘spooky moments’?

Ensuring that spooky moments are expected, Alonso said goodbye to La Casa de Papel through a post on Instagram in which he emphasized a drawing he made during the filming of the same in which he portrayed an eagle, a cobra, but not very aesthetic.

According to several fans, these animals were not chosen at random and have much to do with the development of the fifth season, in which, perhaps, Berlin is one of the most important characters, completely saving the robbers, without, on the one hand, the theory that it may be locked up somewhere in the world in order to get all the information possible.

What will happen in the last season of La Casa de Papel?

As part of one of the promises of the creators to create the best season of the series, filled with epic and exciting moments, it is expected that, during the fifth season, the band will find themselves in such dramatic moments that they are on the verge of breaking, that finds no escape from the most difficult moments, reaching irreversible moments for each of them.

When does La Casa de Papel 5 premiere on Netflix?

Resuming recordings since last August and with a strict filming plan due to the coronavirus pandemic, it is not yet known with certainty when the premiere of the last season of La Casa de Papel could be, what is known is that the series will have a total of ten chapters with approximately one hour of duration, being one of the longest seasons of the project. Due to this, and the slow steps that must be taken as preventive measures against Covid-19, it is expected that the fifth season may arrive sometime in the second half of 2021. So all fans of the series remain in the hands of Netflix awaiting the official date.