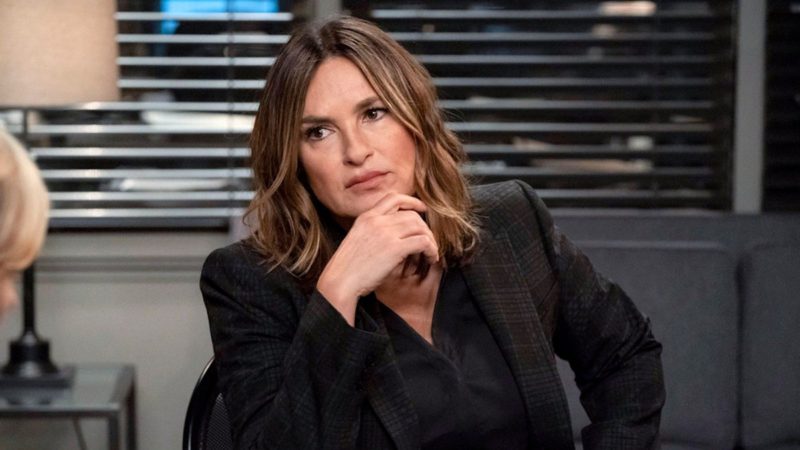 NBC’s popular long-running series, Law & Order SVU, is airing the final episodes of its 23rd season, surprising every viewer with its stories. However, the most recent episode, which premiered on April 14, revealed how Captain Olivia Benson (Mariska Hargitay) again gets involved in a case to go undercover.

Since the first season of Law & Order SVU, viewers have watched as Benson has made it her mission to tackle all cases and investigate all crimes related to sexuality along with her team, for which she has been forced to go undercover several times. times to achieve this goal and successfully close a case.

After a while without seeing this type of case, things changed in season 23, when in episode 18 that aired on April 14, viewers saw the return of Benson to work undercover and fans loved every minute in which the actress was posing as another person to solve the case.

“That whole scene with Benson casual and then commercial. The arrogance and that sweater. My heart just imploded,” one fan wrote on Twitter.

In Thursday’s episode, the team sprang into action after a young woman named Kayla (Supriya Ganesh) was rushed to hospital after being brutally sexually assaulted and left for dead. Although she admitted to walking alone while intoxicated, the team found circumstantial evidence pointing to the bartender and was ready to close the case.

However, things did not go as investigators believed, after receiving a chilling call from a man who claimed that the wrong person had been arrested and that he had details about the scene that had not yet been made public.

The team then followed up on a lead when it was revealed that the bartender was running a drug deal at the time of Kayla’s assault. In which he had also raped another person hours before. However, they were able to track down the rapist’s address and his wife Wiona Parker (Andrus Nichols) informed them that he was at the casino.

There are only four episodes left for the 23rd season of Law & Order SVU to end on NBC television, however, the next 19th episode will air on April 28, 2022.