Lawrence Ray Sentenced to 60 Years in Prison: Running a Sex Cult in His Daughter’s College 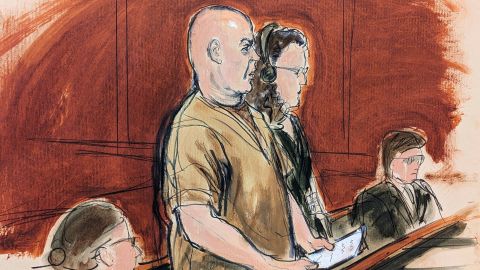 Manhattan, NY – On Friday, the American justice system sentenced 63-year-old Lawrence Ray to 60 years in prison for his heinous acts of sexual exploitation of college students, who were friends of his daughter, near New York City. Lawrence Ray, who has been called a “monster” and “evil genius” by federal prosecutor Damian Williams, was found guilty of 15 charges, including setting up a sexual “exploitation system,” sex trafficking, assault, and violence.

Ray was accused of luring students into his daughter’s dorm at Sarah Lawrence College in 2010 and taking advantage of the trust and naiveté of the students he had won over. Prosecutors say that for several years, he manipulated, deprived, harassed, and threatened people, leading to millions of dollars being extorted from victims and forced labor and prostitution. Judge Lewis Liman, the magistrate presiding over the case, called Ray’s actions “sadism—pure and simple” and “a genius of evil.”

In 2019, an investigative report from The Cut magazine revealed that at least one administrator at Sarah Lawrence College had been informed of Ray’s misdeeds in 2011, but it appears that no action was taken, leaving Ray free to exploit more women.

Ray’s co-defendant, Isabella Pollok, is expected to be sentenced in February. Ray’s 60-year prison sentence is effectively a life sentence, and though justice has been served, it is a tragedy that the students’ innocence could not be restored.