Legacies Season 4: Episode 15 confirmed which characters from The Originals got married 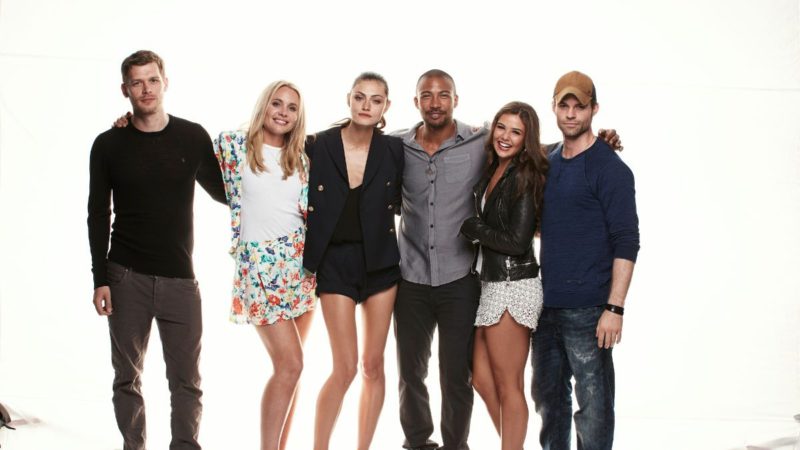 Legacies, the supernatural drama spin-off from The Vampire Diaries and The Originals, hit fans’ screens last Thursday with the fifteenth installment of season 4 via The CW broadcast network. A broadcast that generated a lot of nostalgia in viewers due to its emotional narrative that brought back four characters known to all.

The recent episode of Legacies confirmed this week that a fan-favorite couple from The Originals are married. The characters of Claire Holt and Riley Voelkel, came along with Charles Michael Davis and Nathaniel Buzolic to try to help Hope Mikaelson out of the crisis in which she has found herself throughout season 4 of the series after the transformation her.

Although the episode was focused on the family reunion and the funeral ceremony where Hope chose the place where the ashes of her father Klaus Mikaelson would rest, the delivery of Legacies was also important for fans of The Originals because it was finally known about the state of the relationship between Marcel and Rebekah.

Read Also  Raising Dion Season 2: Release Updates and Everything You Need To Know

Recall that at the end of The Originals, Rebekah asked Marcel to marry her; but, the condition was that she travel to Mistic Falls to take the cure. The spin-off of The Vampire Diaries did not reveal what happened next and if they later continued a life together. However, Legacies confirmed during episode 15 of season 4, that the characters are married. This was understood after Charles Michael Davis’s character mentioned to Rebekah that she was “dumb enough to marry” him.

The truth is that the interaction between the two characters in the past left many things up in the air. When The Original ended in 2018, fans had been left wondering what would have happened between Marcel and Rebekah. Davis himself told TVLine that in the previous series for the dynamic to work they always needed to have some tension.

“In The Originals, they were always being torn apart. It was nice to just relax and let them be a couple for this episode. No yelling, no fighting, it was easy,” he said.

Regarding his time on The Originals, Davis told the same outlet that his time as Marcel on The CW’s vampire drama changed his life forever. And about reprising the character for Legacies, he said it was a favorite scene to film while he was sitting at the table with his former co-stars laughing and reminiscing. So far, Legacies is waiting for a Season 5 renewal.

Grey’s Anatomy: Ellen Pompeo revealed which are her 2 favorite episodes of the drama