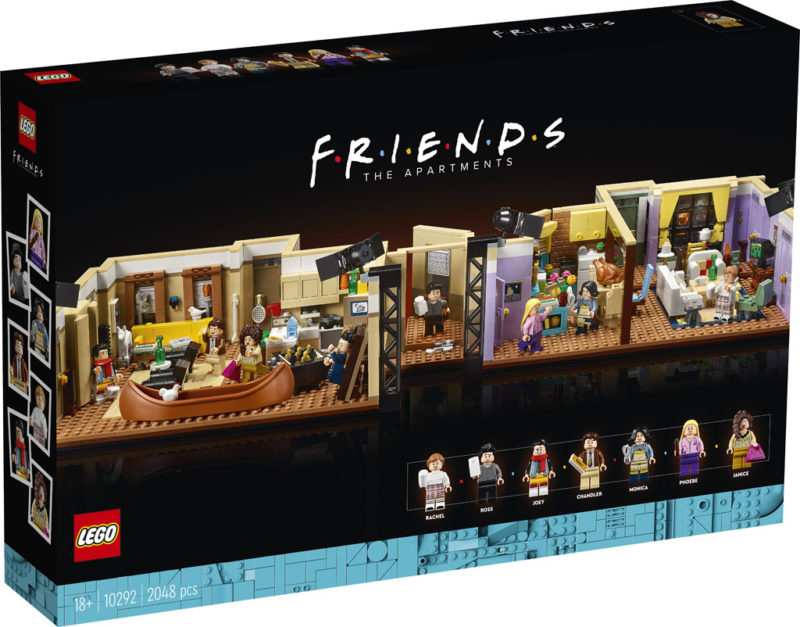 That’s how amazing is the new LEGO Friends set focused on the apartments of its protagonists.

Although more than 15 years have passed since Friends ended, the popular sitcom is still very present among its audience, not only because it can continue to enjoy it through HBO, but also because of the imminent arrival of the long-awaited Friends reunion that will be launched on HBO Max, bringing his protagonists back together since the end of Friends aired in 2004.

To calm the wait, the most collector fans have at their disposal a multitude of merchandising related to the Friends series, being among the favorites by many the LEGO of Friends dedicated to Central Perk, the iconic cafe where Ross, Monica, Rachel, Joey, Chandler, and Phoebe meet day in and day out too.

If you are a fan of LEGO and Friends we have very good news for you, as a new LEGO set of Friends has just been announced, this time focused on the apartments of its protagonists which, together with Central Perk, are the settings more common in the series, having the figures of its six protagonists, with the addition of Janice as a guest star. Oh my God!

This time the LEGO set recreates Monica and Rachel and Joey and Chandler’s apartments next to the landing, where it will be full of details, such as Joey and Chandler’s armchairs, the canoe they had for a while in the apartment, the duckling and the chick (which later turned out to be a rooster), the boys’ table football, Phoebe’s dollhouse burned down, Monica’s balcony with Paolo’s cat when it fell on Ross, the cheesecake scattered on the landing The one Rachel and Chandler were fighting over to eat a piece of. There’s even a turkey so the group can celebrate Thanksgiving.