Like Rounders, The Card Counter Will Inspire a Generation of Card Players 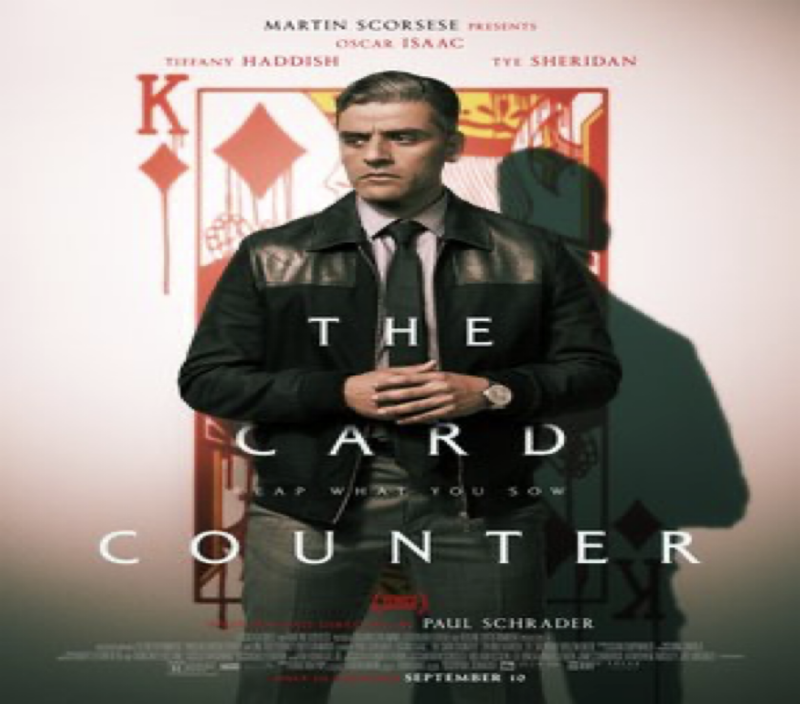 Critics are raving about the new Paul Schrader movie, The Card Counter. The film, which had its world premiere at the Venice Film Festival on 2nd September, is now available on general release at cinemas across Canada. Director and screenwriter Schrader is no stranger to critical acclaim, of course, having penned the scripts for Taxi Driver and Raging Bull, but The Card Counter has already been hailed as one of the films of the year, and there are some hints that it might be destined for Oscar success next year.

As you can guess by the title, the movie is based on gambling. It follows the fortunes of William Tell (Oscar Isaac) as he navigates his way through poker and blackjack tables at casinos across the United States. It doesn’t celebrate casinos and card games in the same way that movies like Rounders or 21 have done in the past. But one of the results could be the same – an inspired generation of players who believe they, too, can beat the house.

In the Card Counter, Tell (an apt name for a poker player) eschews the glitzy and grand casinos dotted across the United States, instead choosing to frequent mid-sized and backwater establishments, winning just enough to make a profit and never so much that he is noticed. That gives a nice sense of realism. Although, those looking for a plot hole might wonder why he doesn’t play at a poker site or online casino rather than traipse across the country. Then again, that wouldn’t make for much of a road movie.

But while there isn’t the same turn-of-the-card casino drama that we see in Bond movies, there’s still enough theory of the game to inspire budding players. Rounders (1998) is cited as being one of the leading causes of the online poker boom that would grip North America in the early 2000s. And, as mentioned, even though there is a marked difference in tone between it and The Card Counter, there are seismic changes occurring in the gambling industry across the US and Canada today.

The Card Counter by no means glorifies gambling, but it does demythologize the process of gambling. The 1998 classic Rain Man, while raising the profile of blackjack, also erroneously portrayed card counting as something difficult; it isn’t. The autistic savant, Charlie Babbitt (Dustin Hoffman), managed to win huge amounts of money in Rain Man, but that is also unrealistic – regardless of how good one’s memory skills are. While card counting is easier than is portrayed on screen, it is also much less effective.

The Card Counter could land Oscars

Blackjack is a game of the finest margins. There isn’t really a built-in house edge like roulette, but card counters believe they can swing the pendulum to gain a little advantage. It’s not about winning every game – it’s about winning six out of ten games. It’s about grinding out financial reward. That’s what The Card Counter gets right about gambling on screen, and that realism will surely inspire players looking to try their hand at blackjack or poker at casinos – offline and online – across North America.

If you have little interest in gambling, then you should not be dissuaded from checking out The Card Counter. Isaac looks set to leap into the stratosphere as a Hollywood star (he also had the premiere of Dune at Venice) with his career-defining performance. There are also excellent performances from Tiffany Haddish and Willem Defoe. But it is Schrader’s deft handling as director that will leave you feeling like a winner. Schrader is a regular Martin Scorsese collaborator (Scorsese is credited as an Executive Producer here), and he might have just made the best gambling movie since Casino.