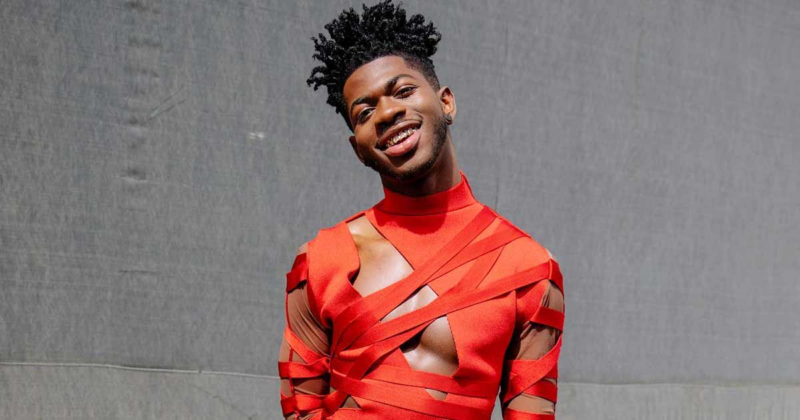 Lil Nas X has become the target of many homophobic and radical Christian groups since he released the video clip for his single ‘Montero’, in which he appears to descending into hell on a stripper pole and ends up twerking in the devil’s lap. The fact that shortly after she put on sale some sneakers that supposedly included a drop of human blood ended up cementing the conspiracy theories that accused her of practicing Satanism.

This Sunday some protesters tried to boycott his concert in Boston by gathering at the gate of the venue with banners that read: “Repent and believe in the word” or “Jesus is God. Even the demons know it.” The young musician took the situation with a sense of humor because he knew that deep down they were doing him a favor, since there is no better form of advertising. As a thank you, he sent them pizza so they wouldn’t go without dinner, and then something totally unexpected happened.

“They did not want the pizza, but I have unintentionally fallen in love with one of the homophobes who were part of the protest,” he wrote on Twitter. It was not for less.

Lil Nas has shared a video in which several members of his team can be seen approaching people holding signs with religious slogans and suddenly the camera stops on a very attractive young man, dressed in a t-shirt of the religious organization Christ’s Forgiveness Ministries.

Just then the recording cuts off and gives way to a close-up of the singer, who covers his mouth in surprise while a very romantic song from the movie ‘Call me by your name’ plays in the background, which appropriately deals with the story of love between a 17-year-old teenager and a 24-year-old American graduate student who comes to spend the summer at his parents’ house.

Lil Nas’s fans have encouraged him to try to find the stranger because they believe they could become the Romeo and Juliet of the 21st century by starring in an epic romance where they go from sworn enemies to lovers.