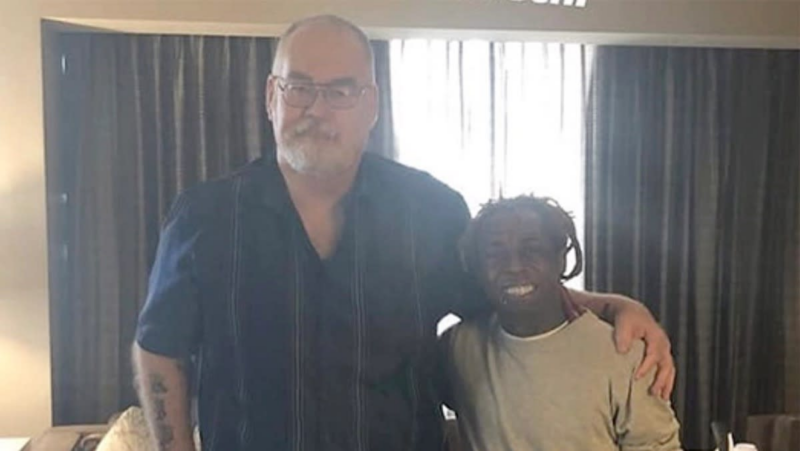 Rapper Lil Wayne just lost the person who gave him a second chance and forever changed his destiny. At age 12, the musician attempted suicide by shooting himself in the chest with the gun his mother kept in the bedroom after calling the police to report his plans.

When officers arrived at the property and threw the door down, they found him bleeding to the ground, but he remembers perfectly well that all but one of them ignored him to focus on looking for drugs or more firearms in the house. That man’s name was Robert Hoobler and he wasn’t even on duty, but he had heard the warning on the radio. While the rest of the police were waiting for an ambulance, he realized that there was no time to lose and lifted him in his arms to take him to the hospital. Along the way he did not stop repeating that he did not plan to let him die.

Years later they met again and established a very close relationship that marked the artist in many ways. In 2020, during protests against police violence against the black community in the United States, Lil Wayne broke his silence to claim that he could not judge all people who wear uniforms in the same way because he was still alive thanks to “a white policeman.”

The two were so close that Lil Wayne affectionately nicknamed him Uncle Bob and always made it clear to him that if he ever needed money, he just had to say it because his fortune was at his disposal. It’s easy to imagine how hard it has been for the artist to lose his friend, to whom he has paid public tribute by sharing a photograph of Uncle Bob taken in front of the old home where he found him as a teenager.

“Everything happens for a reason. I was dying when I met you in this very place. You refused to let me die. Everything that doesn’t happen, doesn’t happen for a reason. In my case, that reason was you and faith. Rest in peace, Uncle Bob. Aunt Kathie is waiting for you. I will miss you both and live for all of us,” he promised.

Robert Hoobler remained part of the police department until 2012, when he was charged with misconduct for assaulting and insulting a black man during his arrest. Although he was convicted and sentenced to probation, he was later pardoned because it was his first offense. In 2019 Lil Wayne met with Bob and offered him financial help, but he turned down the offer suggesting in return that he work on his team. It’s unclear whether he ever joined his payroll.

Robert’s lifeless body was found in his Louisiana home last Friday. It is believed that his death was caused by complications arising from a car accident in which he was involved years ago and by the diabetes he suffered.