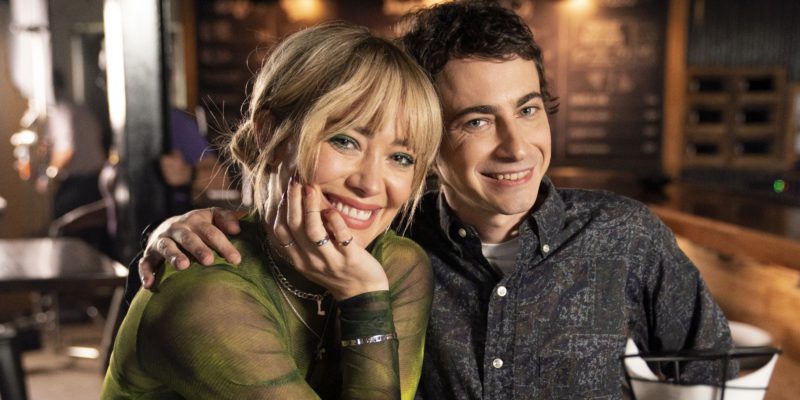 Hilary Duff reveals why the “Lizzie McGuire” reboot was canceled.

After the cancellation of the series, which already had two chapters recorded, the protagonist of the program expressed that Disney and she had different views about the show they hoped to show.

In an interview with The Jess Cagle Show, the renowned American actress, singer, and businesswoman, Hilary Duff, revealed the reason for the cancellation of the Lizzie McGuire reboot that was going to be released on Disney +.

Production on the show had even begun when it was decided that the project would not be released, causing great disappointment among fans of the iconic series.

That has been a kind of battle. It’s like, I don’t want to call it a battle because everyone has a loving relationship between, you know, Disney and me, but that’s the way it has been. I think they’re really trying to figure out what kind of content they want for Disney +, and that doesn’t align with, like, where I see Lizzie right now, you know, I’m very protective of her, ”the actress expressed.

Duff explained that she and the series creator, Terri Minsky, wanted to take the show in a more adult direction than Disney was comfortable with. On that, the actress expressed that for the series to make sense, it had to focus on showing Lizzie as a 30-year-old woman in a modern world.

“There were a lot of creative discussions where maybe they thought that was not quite right and we were hoping it worked,” Duff added.

In addition, Hilary commented that she did not believe that the reboot would take place in the near future and that, at the time, she came to “not support her character”, something that has changed over the years.

“Now at my age, I feel like I love her. This is where it all started for me. And she is me, I am her. And I brought what I could to that, which is a lot of who I am inside. Even if it was for a moment, it was a great experience, ” Duff confessed about the reboot.

ALSO READ: How I Met Your Father ‘With’ Barney Stinson? Here’s What We Know

For its part, a Disney spokesperson reported that fans had a “sentimental attachment to Lizzie and high expectations for the series, but after filming two episodes, they realized they had to move in another direction.

Series creator Terri explained to Variety that she and Disney just weren’t on the same page, but that Duff’s vision of an adult Lizzie needed to be seen by the public.

After the cancellation of the project, Hilary Duff issued a statement on Instagram where she thanked her fans and the film crew, announcing in turn that the two chapters already recorded would never be released.

Black Superman: Here’s Everything We Know About The New DC Venture