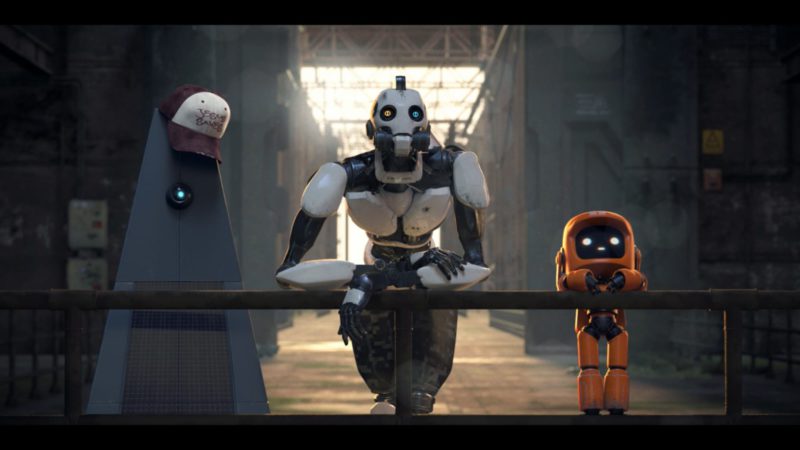 The animation anthology was a hit for Netflix after its 2019 release. Now it comes with incredible new stories and more violence.

Love, death, and robots. Nothing else is needed to create one of Netflix’s great series. Love, Death & Robots premiered in 2019 on the streaming platform causing a stir. This anthology of animation focused on three unique elements was a real breath of fresh air for fiction and got a unanimous response from subscribers: they needed more episodes. Now, Netflix has announced with an incredible trailer the release date of volume 2. On May 14 they return with naked giants, Christmas demons, and crazed robots.

The trailer also confirms that there are many more stories to tell in this universe and it has already been renewed by a new batch of chapters, which will be released in 2022. Great news for fans, who won’t have to wait another two years for the new season.

Tim Miller, David Fincher, Jennifer Miller, and Joshua Donen are the people behind this successful experiment. Each episode is developed by a completely different team, bringing their own take on robots, love, and death. It is also an international ensemble, as the series features filmmakers from Hungary, France, Canada, Korea, and other parts of the world. All this manages to create a unique fiction that will delight animation fans.

At its premiere, Miller declared that Love, Death & Robots was his “dream project” as it combined his love for “incredible animation and stories.” “Midnight movies, comics, books, and fantasy magazines have inspired me for decades, but they were relegated to the fringe culture of ‘geeks’ and ‘nerds’ that I was a part of. I’m fucking excited that the creative landscape has changed enough for an adult animation to become part of a broader cultural conversation, “declared the creator.

After: Two New Movies Including A Prequel On The Cards!