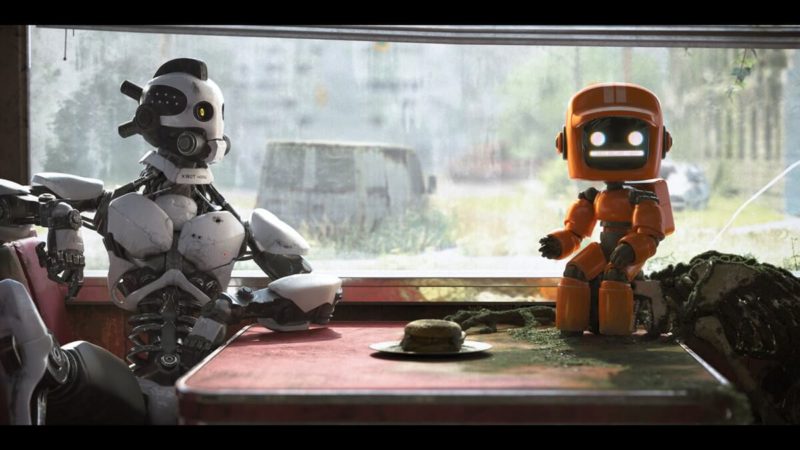 The animated sci-fi series “Love, Death & Robots” goes into the second round. Netflix recently revealed the start date for season 2.

“Love, Death & Robots” is a sci-fi anthology series from Netflix, the first season of which debuted in March 2019. This is a special production in many ways. Because almost every episode comes from a different director or a different directing team. Tim Miller (“Deadpool”) and David Fincher (“Fight Club”) are in charge of the entire project. The series is a loose adaptation of the cult animation film “Heavy Metal” from 1981. “Love, Death & Robots” is one of the most creative content Netflix has to offer, which is why many fans are already looking forward to the second season. The start date has now been set.

Netflix has announced the start date for season 2 of ” Love, Death & Robots ” in the new trailer. From the 14th. May the episodes will be ready to stream. While season 1 consisted of a total of 18 episodes, there will be far fewer in the new season, there are only eight. Fans of the series can look forward to replenishment: Netflix has already confirmed a third season. It is expected to appear in 2022.

“Love, Death & Robots” is for adults only

At first impression, the animation style of “Love, Death & Robots” is reminiscent of productions by Pixar or Dreamworks. In terms of content, however, it takes up topics that are intended for adults. Due to the sometimes very explicit scenes, the series has an age rating of 18 years.

So “Love, Death & Robots” have something to look forward to in the coming month.