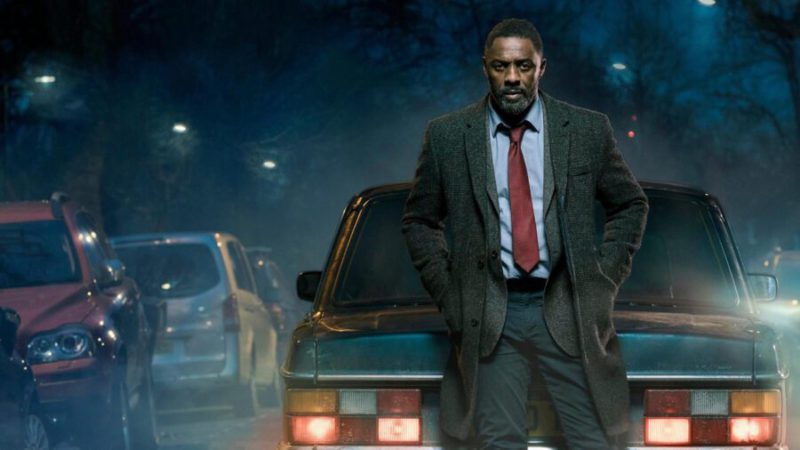 Finally, after so many long years, Idris Elba has now confirmed that the shooting for Luther movie has been recently kicked off in big style.

After years of rumours of a spin-off movie, the fans of TV drama Luther were quite wishing to know that a thriller will arrive one day on our screens and yes that thriller is finally coming to our screens. All because of the biggest streaming giant Netflix.

After following a total of five critically acclaimed series on the BBC, Netflix’s next feature film will now continue to be the story of DCI John Luther, who is also a murder detective that gets embroiled the some of the most heinous crimes he has been tasked with investigating.

If you are one of that audience who is waiting for this Luther movie then we know your excitement to know everything about it. So here we have compiled all the information which we know about the spin-off movie.

As per the current reports, we do not have any release date on the table for Netflix’s film version of Luther. However, Idris Elba who is the main star of Luther in the BBC hit crime drama from 2010 to 2019 has informed us that the shooting for the movie has been kicked off.

The actor also took it to social media dated 10th November 2021 giving fans a peek of various behind the scenes pictures. Elba even posted a picture of a clapperboard from the set along with a caption that said: “Oi….. I’m back!”

Who is in the cast of Netflix’s Luther movie?

Alongside Elba, Andry Serkis who has also acted in Lord of The Rings will be starred in Luther movie as the main villain of the story. Cynthia Erivo is another confirmed cast for the movie where he will portray the role of a rival detective ad Luther’s nemesis.

Luther movie plot: What happens in the Netflix film?

The Luther movie is a continuation movie of the famous TV series that was finished off in 2019. Now it is set to follow on from the events of season 4 and for now, it is currently quite difficult to guess what might just happen. However, we have still added all our ideas and speculations with a few statements from the stars below.

While there is so much to the movie’s plot and entails but the character of Eric and Serkis have been kept under the wrap and incomplete hush hush. So the fans can expect Luther to go bigger and better in the film that is backed by Netflix.

While talking to Radio Times, Luther creator Neil Cross even revealed that in June 2021, a film budget would allow the Luther universe to expand while sticking to the core spirit of the show. He said in his statement:

“I think the thing with Luther is never to rule out anything,” he said. “All we’ve ever wanted to do is, within the parameters that we’re given, make the best possible show.

“What we’ve been able to do [with the movie] – having delivered every episode of Luther on budgets which are comically small – is to have a wider canvas and a bigger budget to tell the kind of stories that we’ve always wanted to be able to tell. And we’ve really been given the opportunity – while staying entirely true.”

Elba the main lead of the movie has also shared many great things about the movie. Back in the year 2020 before the movie announcement, he said: “With a film, the sky is the limit. Obviously, you can be a little bit bolder in the storylines, maybe international, a little bit sort of up the scale. But John Luther is always going to be John Luther.”

While talking to Entertainment Weekly, Idris Elba also shared a few hints regarding the plot of the movie. Elba said:  “I feel like John has to make some decision in jail.

“It’s quite clear that it would be very difficult for him to be a policeman moving forward. I think that’s a great setup for a movie.”

Furthermore, fans will also remember that the fifth series of Luther drama ended with the detective being arrested for his questionable behaviour during his latest investigation. Back in 2019, Elba told EW that he also believed the cliffhanger was a great set-up for a movie but we do not whether the film will be kicked off with a predicament that remains to be seen or not.

Netflix is yet to release the trailer for the spin-off movie, as the production has just begun we might have little footage from the set very soon. As far as a trailer is concerned we might have to wait for a bit longer. So, it’s time you be ready for another Luther movie thrill very soon coming to our screens.

Are you also a fan of Luther drama, then stay tuned to our website for all the updates regarding the Luther movie. Because we will keep adding all the new updates on our site as soon as we get them to keep you updated. Also, share your views about the spin-off movie? Do you think it will match up the level of the tv series? Share your answers in the comments section below.