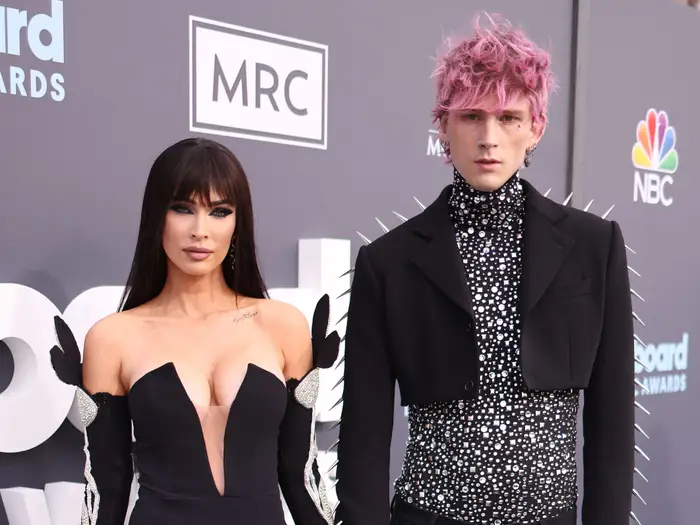 Megan Fox and Machine Gun Kelly have lived incredible experiences together but also scary moments during their relationship, such as the rapper’s suicide attempt that the actress witnessed through a phone call.

The ‘Emo Girl’ singer, 32, detailed the paranoia and anxiety crisis he suffered in his new Hulu documentary, ‘Life in Pink’, which premiered on Monday, June 27.

The Texas native, whose real name is Colson Baker, said the dark moment occurred in July 2020 following the death of his father, with whom he had reconciled after having a bad relationship for years.

“I didn’t leave my room and everything became very dark. Megan went to Bulgaria to shoot a movie and I started having this really wild paranoia. I kept believing that someone was going to kill me,” the singer said.

Kelly added that he called his fiancée on a 2020 night when he “just broke.” “I called Megan. I thought he wasn’t here for me. I was in my room very sad for her. I put the shotgun in my mouth.”

The rapper admitted that he put a gun in his mouth during a fit of paranoia, but was unable to take his own life because the cartridge got stuck in the barrel.

“I was screaming on the phone and I had the cannon in my mouth. When I pulled the trigger, the cartridge got stuck. Megan was always silent.”

MGK added that the support of his fiancée and 12-year-old daughter Casie made him realize he had to seek help and “quit illicit substances once and for all.”

The singer also related that his father ran him from home when he was still very young and that his death in 2020 marked him for life. “I feel like the world hates me. But I never gave up. 90% of my fans listen to me because of the pain they feel in my lyrics.”

Hulu’s new production chronicles the rapper’s childhood, his troubled relationship with his father and a near-deadly experience with his daughter when, according to him, a gun was pointed at them.

Bono discusses discovering he has a half-brother