Madonna Says Sex Is What Keeps Her Going 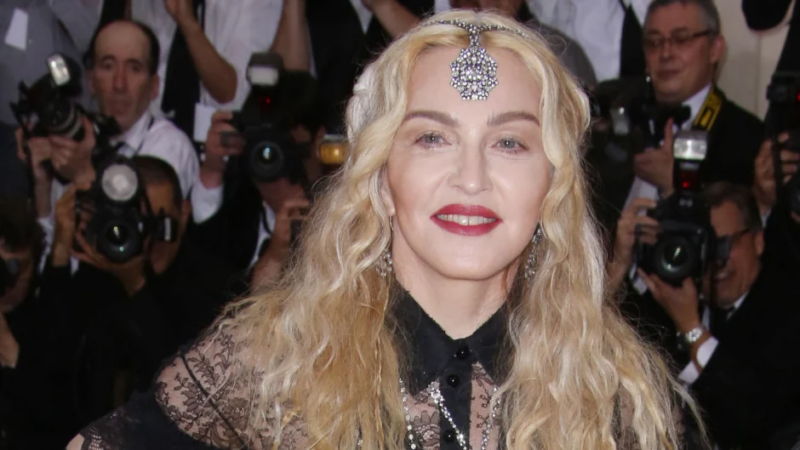 Madonna has been honest about her life, her career and her love of sex. In a question and answer video titled ‘Finally Enough Talk: 50 Questions with Madonna’ and shared on her YouTube channel as part of the promotion of her latest remix album, ‘Finally Enough Love: 50 Number Ones’, the Queen del Pop talked about all kinds of topics, from music to marriage.

Throughout the almost seven minute duration of the clip, the 64-year-old superstar answered with a single word what is his biggest guilty pleasure, his zodiac sign, his current favorite obsession, his secret to success, his vital mantra and the act that keeps her going: “Sex.” Similarly, Madonna revealed her favorite thing to do: “Wait…for love.”

The ‘Express Yourself’ icon’s love of sexuality also inspired her response to the question, “If you could only wear one thing for the rest of your life, what would it be?”: “My 24-karat gold vibe necklace.” , answered.

Revealing a vital decision that “wasn’t the best idea,” the singer said, “Getting married. Both times.”

The pop superstar was previously married to Sean Penn from 1985 to 1989 and to Guy Ritchie from 2000 to 2008. A year after her second marriage ended, Madonna appeared on ‘The Late Show’ with David Letterman, where she said: “I think I’d rather get hit by a train [que casarme de nuevo]”.

Although the ‘Like A Virgin’ singer remains friends with Penn, 62, she said in a 2015 interview with The Sun that her marriage to Ritchie, 53, made her feel cloistered. “There were times when I felt imprisoned. I wasn’t really allowed to be myself. You have to be with someone who accepts who you are and is comfortable with it,” she said.

Speaking to Details magazine in 2011, Ritchie called their marriage a “soap opera” but said, “It’s definitely not something I regret… The experience was ultimately very positive. I love kids.” [Rocco Ritchie, de 22 años, y David Banda, de 16] and that came from there. I saw no other way to go.”

Dolly Parton takes her love for dogs beyond imagination