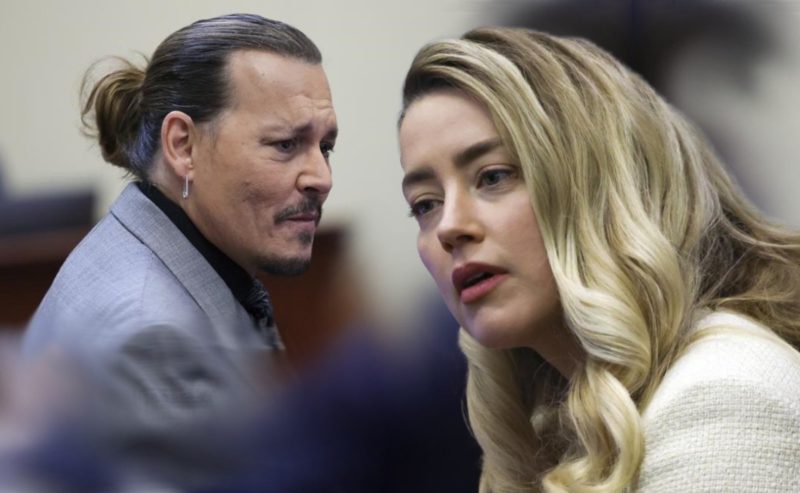 The trial that began on April 11, 2022 between Amber Heard and Johnny Depp has revealed many secrets about the ex-partner that were not known until now. Now, the prestigious makeup brand Milani Cosmetics has denied the actress’s legal team about the alleged bumps and bruises of Johnny Depp.

In recent days, the trial held in Virginia, United States, confirmed that Johnny Depp would not play Jack Sparrow in “Pirates of the Caribbean” even if Disney offered him $300 million dollars. Now, the court continues to receive evidence in the most notorious case in Hollywood.

It might interest you: After unfollowing Amber Heard, Jason Momoa follows Johnny Depp

During her testimony in court, Amber Heard confessed that she covered up the alleged blows that Johnny Depp gave her during their relationship, around the year 2014 to 2016. According to information from the Daily Mail, the lawyer Benjamin Rottenborn assured that the actress had in Milani brand makeup was in her bag, and she used the “All in One” correction kit to cover up the bruises on her face.

It might interest you: Johnny Depp reveals why Disney ran him Pirates of the Caribbean

The lawyer mentioned: “This is what she used. She became very adept at it. You’re going to hear Amber’s testimony about how she had to mix the different colors for different days of the bruises as they developed into the different colors and how she used to touch them up so she could cover them up.”

Now, through a video that went viral on TikTok, the makeup company revealed that this product had not yet been launched when the incidents between the couple occurred. Milani assures that her correction kit was launched in 2017, however, the alleged abuse occurred between 2014 and 2016, the year that the ex-partner’s divorce finally took place.

A close friend of Amber Heard defended Rottenborn’s statement: “Ms. Heard’s lawyer was using an example of the kind of makeup she wore, but it’s a sad day when a makeup company uses that as an opportunity to downplay to what victims of domestic violence have to do to hide the results of the abuse.”

Users supported the makeup company Milani clarifying the facts on the subject, while others criticized the company’s opportunism to advertise itself in the middle of the trial between Amber Heard and Johnny Depp. So far, Depp maintains that he has not physically hurt any woman, although the fact that the brand denied the lawyers does not mean that the actress has not covered the alleged blows.