“Malicious lie”: Police went to the building of Johnny Depp and Amber Heard in Los Angeles 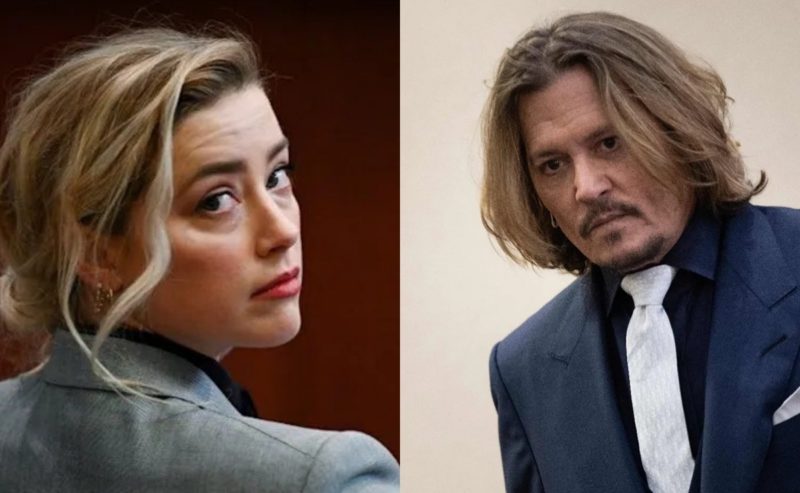 United States.- After much scandal and controversy, the trial between Johnny Depp and Amber Heard, is being considered one of the longest and most stormy in the entertainment world. Little by little more details come to light, after documents, evidence and more witnesses included.

Agents of the Los Angeles Police (LAPD) appeared at the building where they both lived at the time, when they were still a couple on the night of May 21, 2016, the date on which Heard had previously assured that he received blows from the actor, for This brings new details and perspectives on the situation.

It may interest you: Amber Heard and Johnny Depp, the story behind their trial

During the third day of the trial that confronts the two actors, Judge Penney Azcarate, of Fairfaix County (Virginia, USA). She reviewed the recordings taken by the security cameras of the East Columbia skyscraper, located in downtown Los Angeles and in which Depp owned five apartments.

In the images corresponding to May 21, 2016, the arrival of at least two police officers can be seen, a point that the property manager, Brandon Patterson, confirmed when questioned, although he stated that he did not remember more details of the scene. Heard had previously alleged that Johnny Depp hit her with her phone earlier that day.

The actor and actress were present this Wednesday, April 13, at a new session of the trial in which Depp accuses his ex-wife of defamation for an article he published in The Washington Post in 2018 after his divorce and in which he referred to herself as a person who had experience in what “domestic abuse represents”.

The process, which comes after a media trial in London for another similar article, is being broadcast live and will feature witnesses as famous as the actor James Franco or the billionaire Elon Musk.

Among the witnesses who have already intervened is a close friend of the actor, Isaac Baruch, who assured that he was aware of the couple’s discussions, but does not remember seeing signs of violence. He stated that he met Heard a day after the alleged incident in May 2016 and she told him that “Depp became violent” and hit her.

I looked at her completely and saw nothing… No cuts, bruises, swelling. Only Amber’s face ”, insisted the friend, who lived in the same block of flats and to whom Depp helped financially.

Baruch described the accusations of abuse made by Heard as a “malicious lie” and assured that they have greatly affected Depp’s family, according to statements collected by the US network Fox News.

Depp would have launched a smear campaign against him, according to Amber

The day before, the actor’s sister and assistant, Christi Dembrowski, who was asked by Heard’s lawyers about several messages asking him to stop using substances, although she assured that she was never concerned that Depp had an addiction. The actor asks his ex-partner for 50 million dollars in damages.

For his part, Heard responded with a counterclaim in which he alleges that the actor has launched a smear campaign against him and claims 100 million. It will be the first time that the two celebrities face each other in court. In the trial held in London, and which Depp lost, the actress attended as a witness, since the accusation was against The Sun for an article that described the actor as an “aggressor of women”. With information from EFE.

The Good Doctor: What we suspected of the surprise departure of one of its characters