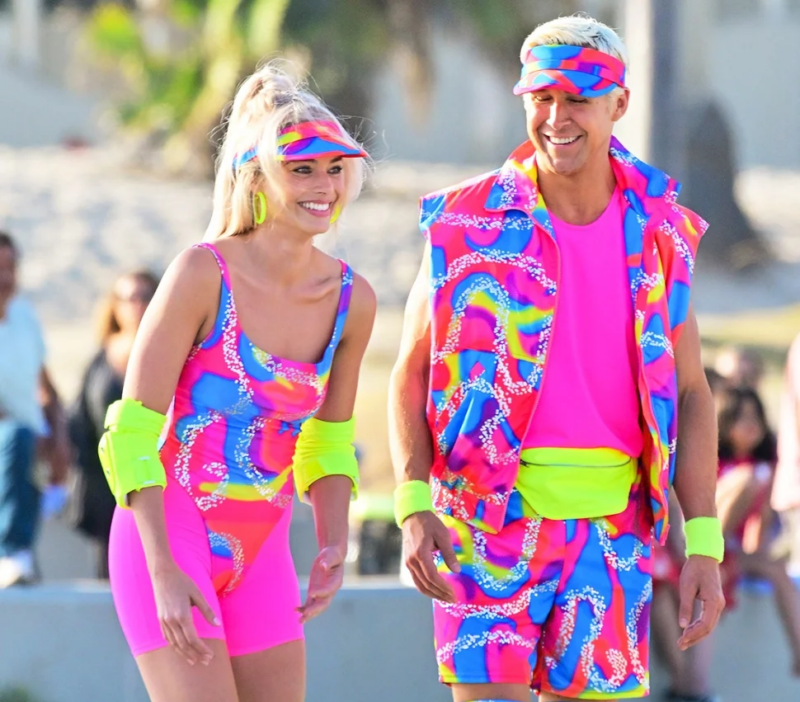 This sight causes amazement and possibly a little shaking of the head: Margot Robbie (31) and Ryan Gosling (41) once again give a foretaste of their upcoming “Barbie” film. The two actors were photographed in colorful 80s looks while filming on Venice Beach in Los Angeles.

Robbie, who plays the iconic cult doll, beamed in a hot pink ensemble of skin-tight cycling shorts and a tie-dye swimsuit. Ken actor Gosling slipped into matching swim trunks, a pink shirt, and a vest combo. Both also wore caps and neon yellow knee and elbow pads as they rolled down the promenade on inline skates.

This is known about the real film adaptation

Warner Bros. Pictures has announced that the live-action adaptation will be released in the summer 2023. In addition to Robbie and Gosling, a host of other stars will star in the film. Among them are Will Ferrell (54), Kate McKinnon (38), America Ferrera (38), Issa Rae (37), Michael Cera (34), and Simu Liu (33). The screenplay was penned by Greta Gerwig (38) and her partner Noah Baumbach (52). Gerwig also directs.