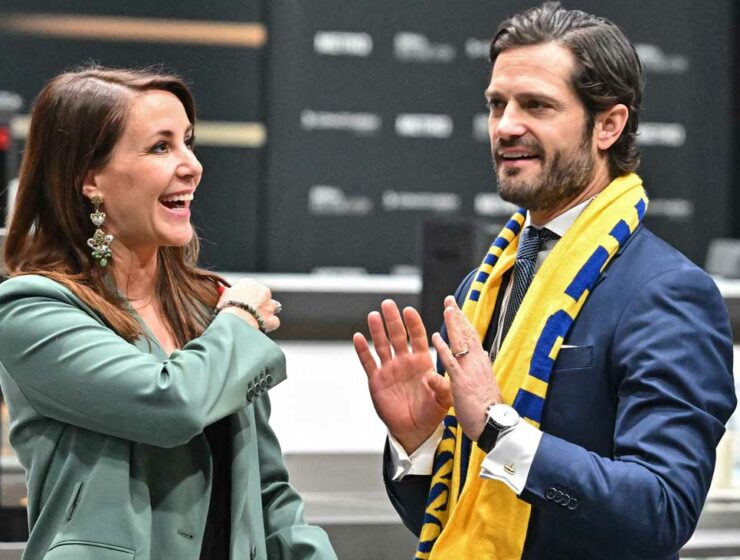 On Monday, January 23, 2023, Prince Carl Philip of Sweden journeyed to Lyon to support the nation’s team in the Bocuse d’Or finals. Joining him on this inspirational trip was Princess Marie of Denmark, the daughter-in-law of Queen Margrethe II and wife to Prince Joachim of Denmark.

The Bocuse d’Or created by the celebrated Paul Bocuse promotes the passion, technique, creativity, and commitment of chefs from around the globe. It functions as an incubator of excellence, a unique platform for chefs seeking international recognition. This year, participants had to create a menu centered around squash, incorporating an egg into each dish to maintain balance. In addition, participants were also challenged to prepare a monkfish plateau hot dish for fifteen people in the allotted time frame.

The Swedish team, lead by Jimmi Eriksson of the Stadshusrestauranger in Stockholm, was composed of Thilda Mårtensson, Martin Brag, and Tommy Myllymäki. Representing Denmark was Brian Mark Hansen of the starred restaurant Søllerød-kro, accompanied by assistant Elisabeth Madsen.

At the conclusion of the competition, Denmak emerged victorious as the gold medal winners for their creative gastronomic proposals around squash and monkfish. The Swedish team triumphed in the “plateau” event, adding a second gold to the team’s accomplishments.

Princess Marie of Denmark cheered on proudly from the sidelines, witnessing her country’s victorious performance, while Prince Carl Philip of Sweden beamed with pride as Sweden emerged victorious in the “plateau” event.

Though both royal families shared unique moments of joy from the Bocuse d’Or finals, the true winners of this international culinary competition were the chefs, who embodied the commitment, passion, technique, and creativity of tomorrow’s greatest chefs.

Paris Hilton Announces the Birth of Her First Baby