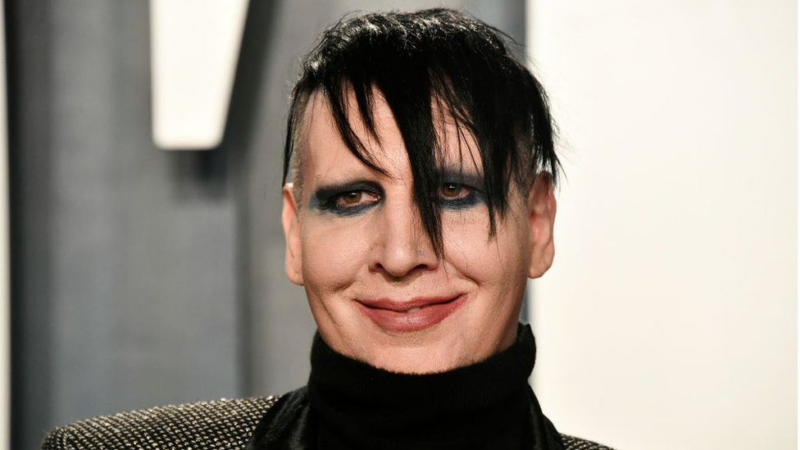 Marilyn Manson has sued her ex-fiancée, Evan Rachel Wood, for defamation after the actress alleged he abused her during their relationship, which ended in 2010 after three years together.

The ‘Beautiful People’ singer has also accused the ‘Westworld’ star and her partner, Illma Gore, of conspiring to ruin her life by reaching out to her former lovers and trying to convince them that they were abused by him.

According to RadarOnline.com, in the lawsuit, the rocker claims that his former partner drafted a fake FBI letter, allegedly signed by a real federal agent, claiming that the actress was a key witness in an investigation and that she then distributed it to members of the media and other alleged victims.

The letter read: “To whom applicable, we inform you that Ms. Evan Rachel Wood is a key witness in connection with a criminal investigation in Los Angeles, California, involving an international and well-known public figure. The safety of Ms. Wood, her family, other victims and their families has been of our utmost concern.”

But according to Manson, this would not be the first time that the actress would use “the weapon” of the alleged false letters to try to convince the judges and public opinion of her arguments.

A letter written to the court by Marilyn’s lawyer, Howard King, revealed that his office had taken records of Evan’s divorce with Jamie Bell — from whom she separated in 2014 after 19 months of marriage — and claimed that the 34-year-old actress had used an allegedly fake note in an attempt to keep their son with her. eight years old, since he argued that the little boy would be in danger if he moved to Los Angeles.

In court documents, the ‘Rocketman’ actor had said evan had sent him a letter in December 2020 “allegedly from law enforcement personnel related to the investigation” and that it had reached him through the messaging app called Signal.

According to information from Manson’s lawyer, Jamie claimed that Evan first sent him a letter with Illma’s name on top, but then deleted the message.

“The letter did not have any type of department letterhead and was allegedly from a woman named Michelle Langer of the ‘Federal Department of Violent Crimes.’ I Googled but I didn’t find any department or any such women… I called Michelle Langer’s number that appeared on the letter for two days,” the actor said.

He added: “This person gave me another number which I called and left a voice message. I was never called back. I frankly don’t understand what’s going on. Either Evan’s claims that he is receiving ‘death threats’ are true and Jack is unsure of his charge, or they are not true and he is hiding our son from me for other reasons of his own invention.”

Russia‘s outlook on bitcoin to support its economy!