Marvel announces that Ant-Man 3 and Captain Marvel 2 change their release date, when will they arrive? 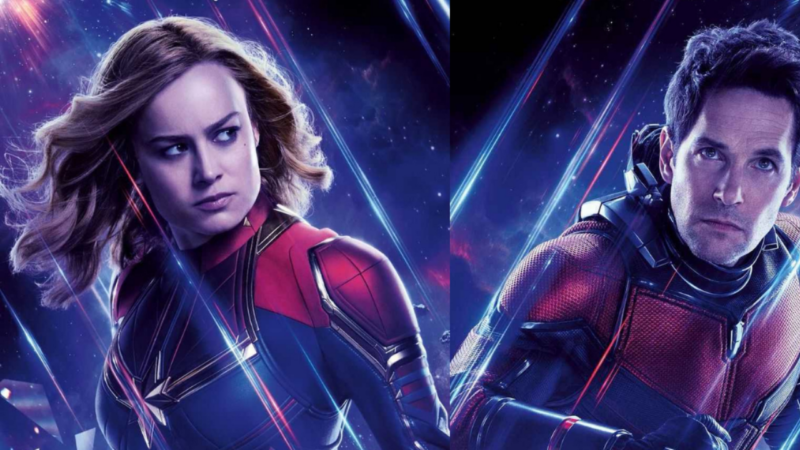 On very rare occasions, Marvel Studios introduces changes to the premiere schedule. The film studio is well known for carefully planning each of its Phases and meeting the release dates assigned to each of its films.

Of course, several of their productions underwent some other change during the pandemic, when they had to postpone the premiere of Black Widow and change the date of their series. The truth is that in 2019, the Marvel Cinematic Universe unveiled its plans for Phase 4.

Phase 4 began after the conclusion of the Infinity Saga and began with the premiere of Black Widow (2021), Shang-Chi and the Legend of the Ten Rings (2021), Eternals (2021), Spider-Man: No Way Home (2021), will follow with Doctor Strange in the Multiverse of Madness (2022), which hits theaters next week. It will then continue with Thor: Love and Thunder (July 2022) and Black Panther: Wakanda Forever (November 2022).

Read Also  The horror movie you can't miss on Netflix

For next year, Marvel had planned the premiere of Ant-Man and the Wasp: Quantumania and The Marvels, the continuation of Captain Marvel, which will bring back the characters of Ant-Man (Paul Rudd) and Captain Marvel (Brie Larson). ), respectively.

Now Marvel Studios confirmed that the latter will undergo changes in their release date, exchanging the days with each other. The Marvels will now arrive on July 28, 2023, while Ant-Man and the Wasp: Quantumania will be released on February 17, 2023. Meanwhile, Guardians of the Galaxy Vol. 3 maintains its premiere for May 5, 2023.

Although the reasons why the studio has decided to alter the releases have not been known, since both films have completed their filming. The truth is that The Marvels could require a little more time in post-production, which could include “reshoots”, that is, reshooting some scenes or additional material.

Ant-Man and the Wasp

Another possible explanation could stem from the stories or characters that connect the entire MCU. Remember that it was previously confirmed that Kang the Conqueror (Jonathan Majors) would be the main villain of Ant-Man 3. This character, who made his appearance in the first season of Loki, will be back and it could be that his presence is required before, possibly to the repercussions and derivations that the character may have in the future.

It was recently confirmed that the second season of Loki will begin filming in approximately 6 weeks, which means that Kang’s actions in Ant-Man could lead again to the new Loki story and other productions.

This Is Us Season 6: NBC drama explores new side of Kevin in final episodes