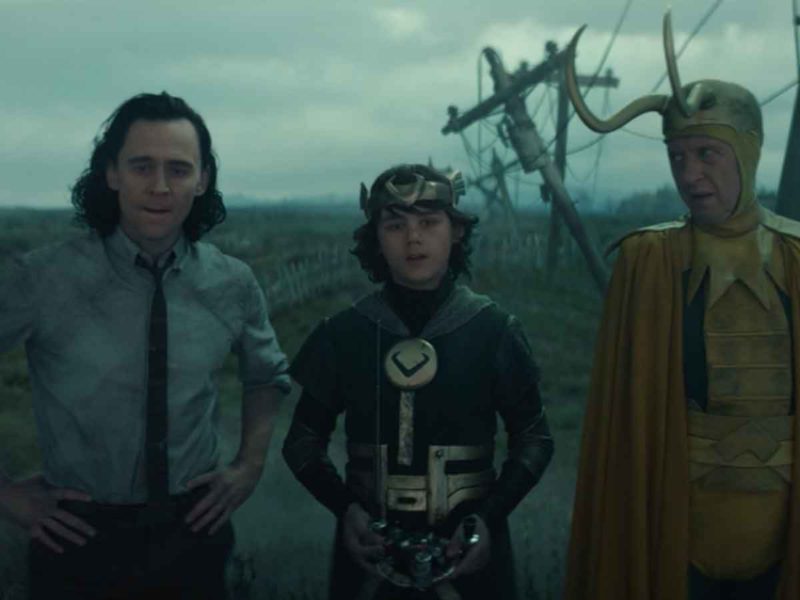 Loki’s screenwriter Michale Waldron has confessed that he had no limitations when adding Easter eggs in the fifth episode of Loki.

Loki’s main screenwriter, Michael Waldron, has confessed that Marvel did not put any limits on the number of Easter eggs in the vacuum of episode 5. After Loki and Sylvie discovered that the AVT’s time keepers were nothing more than mindless androids in episode 4, Loki was eliminated by Ravonna Renslayer. However, instead of being erased from existence, he is sent to the Void at the end of time, serving as a wasteland for everything and everyone the AVT has pruned to maintain the Sacred Timeline.

In episode 5, “Journey Into Mystery” , Tom Hiddleston’s Loki encounters a host of pruned variants of wildly different timelines in the Marvel Cinematic Universe and travels through the void riddled with debris deposited by the AVT, which subtly (and not so subtly) reveal plenty of easter eggs from the MCU. From structures, objects, writings, jokes and characters related to Marvel movies and comics, “Journey Into Mystery” (which itself is a reference to a 1950s comic book title) is an astonishingly detailed television episode.

In an interview with Screen Rant, Michael Waldron, Loki’s main screenwriter spoke about the making of the penultimate episode of the series. When asked if the study imposed limitations on Easter Eggs in a vacuum, Waldron offered some insight into the process.

“Not. I mean, there was very little “no” in this whole process. I think you can say it. It was just the brainstorming: ‘What’s up with this?’ “This could be great.” Anything that I [no pudiera entrar], it might enter another place in the future. Therefore, I hesitate to go into too much detail. “

In keeping with the AVT and the series’ overview of a precarious past, present, and future, the void pokes fun at alternate events in the MCU timeline as it heralds the future. Some of the most notable Easter Eggs from Episode 5 include Doctor Strange’s Holy Sanctorum, the Ant-Man villain Yellow Jacket, the Thanos-Copter, a Throg buried with a Mjolnir, Ronan the Accuser’s ship, and the USS Eldridge. , a real world naval ship that supposedly became invisible as part of the “Philadelphia Experiment”, appearing in front of a hungry Alioth. The destructive cloud monster that serves as the AVT’s garbage disposal first appeared in the comics as a rival to Kang the Conqueror, whom many have theorized that Loki and Sylvie will find beyond the now enchanted Alioth, in what it seems to be the villain’s comic, citadel book.

Alioth is not Kang’s only Easter Egg in episode 5. The Void appears to contain the ruins of the Stark Tower; however, instead of the Stark or Avengers logo, the tower read “Qeng”, a nod to Qeng Enterprises, the company to which Tony Stark sold the tower in a comic. Qeng’s CEO was a mysterious Mr. Gryphon, an alter ego of Kang the Conqueror. Kang will appear in Ant-Man and the Wasp: Quantumania, so this could all be a harbinger of that or just a misleading maneuver for fans.

Loki seems more aware of lore and fan theories than anything seen on Disney + so far. For example, the backstory of the classic Loki and how he survived Thanos stems from a fan theory that Loki turns to rubble. Could Richard E. Grant’s character have faked his death again in episode 5? Nothing is off the table as Waldron has not been limited in any way to shape the series.

Read Also  NCIS Los Angeles Season 13: The episode that receives praise from fans for its story

You can see the Loki series and much more content from Disney + in this link.