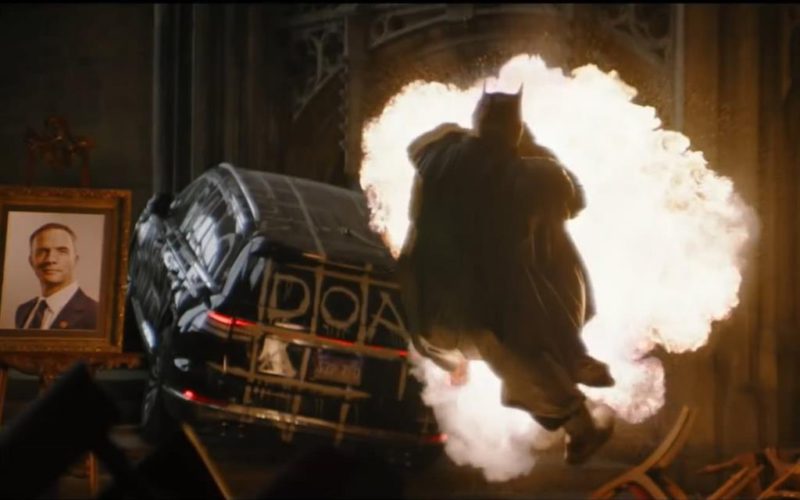 Something that very few doubt is that ‘The Batman’, the version of the Dark Knight directed by Matt Reeves with Robert Pattinson as the lead, it is one of the most anticipated releases of next year and that the filmmaker has in mind to create his own universe of the DC superhero. However, a new leak would have revealed the film’s devastating ending and the appearance of more villains that will terrorize Gotham, in addition to those already confirmed.

Officially, The Enigma of Paul Dano will be the main villain of ‘The Batman’, in addition to having the appearance of Penguin, played by Colin Farrell, and the presence of Catwoman, friend or foe who will play Zoe Kravitz. However, according to Giant Freakin Robot, “At the end of the film, Enigma will flood Gotham City, which will become a post-apocalyptic wasteland“.

Fans will recognize that this premise, as it is very reminiscent of what happened in Batman: Year Zero, whose plot was also set in Bruce Wayne’s early days as the Dark Knight.

Now, supposedly, at the end of ‘The Batman’, it would feature a couple more antagonists, Mr. Freeze Y Deathstroke (and not Joe Manganiello’s, but a new version).

Supposedly, Reeves would mix the plot of ‘Year Zero’ with that of ‘Batman: No man’s land’, in which there was a Gotham invaded by villains, including Freeze and Slade Wilson. A similar situation it was already lived in the series ‘Gotham’ and that could serve as a cliffhanger for the main plot of the sequel to ‘The Batman’.

Nothing confirmed yet, so we will have to wait to see more advances of the film, whose Premiere is scheduled for March 4, 2022.