Masters of the Universe: Revelation Part 2 Gets a Release Date 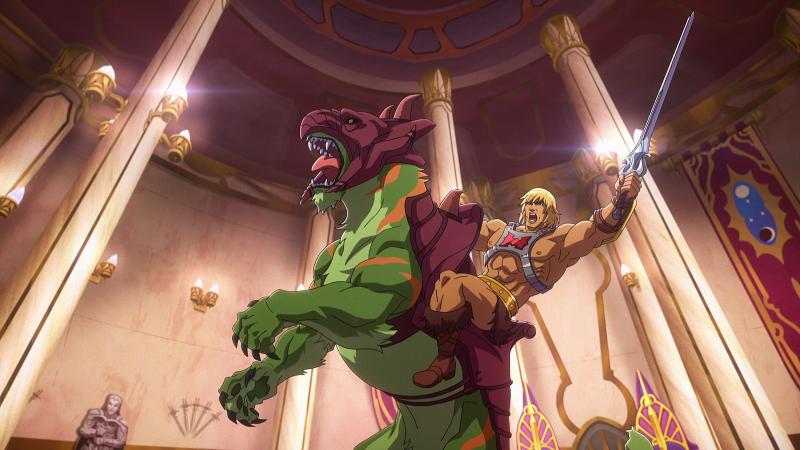 We are not so far from the release of Masters of the Universe: Revelation Part 2, thanks to Grayskull’s strength!

On July 23, the first five episodes of a two-part epic from Netflix’s sequel to the 1983 animated feature He-Man and the Masters of the Universe aired, with the second half of the series expected to show later. Kevin Smith directed Master of the Universe: Revelation is a companion piece to Mattel created He-Man and the Masters of the Universe animated series, which was popular with kids in the 1980s. For fans of the original, Smith envisaged a more adult-oriented series, and Netflix provided that, with a much more aggressive and action-oriented perspective of the characters.

Fans highly anticipate the publication of Part 2 very shortly. Check out here when the next five episodes will be released, as well as who will be voicing everyone’s beloved heroes (and villains!)

The voice cast for Masters of the Universe: Revelation Part 2 is fantastic. Chris Wood portrays Prince Adam/He-Man, while Mark Hamill, a renowned vocalist and sci-fi/fantasy icon, voices his arch-nemesis Skeletor. Teela, played by Sarah Michelle Gellar, after the first episode, he becomes the show’s primary character.

According to Deadline.com, Chris Wood plays the role of Prince Adam/He-Man. He is the prince of Eternia, and his hidden identity as He-Man is revealed in the debut episode. Skeletor, played by Mark Hamill, is a villain who is always attempting to conquer Castle Grayskull. Teela, Prince Adam’s guardian, is played by Sarah Michelle Gellar, who is ignorant that he is the heroic figure of Eternia. Duncan, the Man-At-Arms who knew He-Man’s real identity, is played by Liam Cunningham. Evil-Lyn, Skeletor’s second-in-command, is played by Lena Headey. Alicia Silverstone plays Queen Marlena, who knew the hidden identity of Prince Adam.

Other cast members are:

The plot of Masters of the Universe: Revelation Part 2

Masters of the Universe: Revelation follows the story of He-Man and the Masters of the Universe. So far, Eternia is plunged into turmoil in Part 1 when numerous truths about Castle Grayskull are exposed. Skeletor launches an assault on Castle Grayskull just as Teela, Duncan’s daughter, and Castle Grayskull’s Sorcerers get knighted as the next Man-At-Arms. Prince Adam’s true identity as He-Man is revealed during the fight, and Castle Grayskull is shown to hide the Hall of Wisdom, which holds an orb holding all of Eternia’s power. He-Man uses the Sword of Power to stop the orb from collapsing, dividing it in half and wiping magic from Eternia. Teela resigns as Man-At-Arms when Skeletor and He-Man seem to have been slain in the fight. She feels deceived by Prince Adam’s secrets.

He-Man and Skeletor, of course, are not truly dead, and we will see their actions in the forthcoming installment. Teela joins the remaining Masters of the Universe on a mission to collect the Sword of Power in order to save Eternia, and Prince Adam is eventually discovered in another planet, Preternia, and returned to restore magic to the realm. Likely Skeletor will reappear in Season 2 for slashing He-Man and taking the Sword of Power, just as things are looking good for the heroes! Part 2 will most likely concentrate on the consequences of Skeletor’s ascent to power and He-Man’s being stabbed.

Reactions to Masters of the Universe: Revelation Part 2

Smith acknowledged that the harsh fan response to He-Man’s supposed death shocked him but defended the choice to concentrate on Teela’s journey. Teela was among the first figurines to be created, and she battles He-Man in every episode of the programme. Some of the responses make it seem as though the individuals had never watched a movie or a TV program in their life. They seem to believe that the creator of the show has done something irreparable to some of their favorite characters. According to Smith, they have reached the midway point of a narrative. In the following five episodes, there are many He-Man stories, and it is a lengthy tale that has been divided into chapters.